Here’s a few July sessions to tune into…Worldwide looks amazing… Blaze has got some deep stuff going down in east London… Mau Mau keep up the flow and the Southbank is gearing up… also, check out Ceu at the Jazz Cafe. 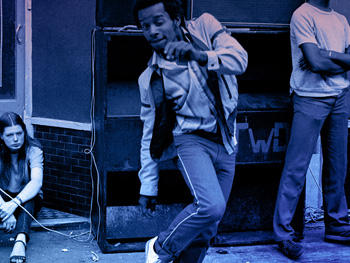 London Is The Place for me!

9th July: IYE AJA feat. Juwon Ogunbe: “ Looking forward to seeing you at The Newham African Caribbean Resource Centre. Iye Aja is turning out to be breakthrough creative process and all the artists involved are excited about sharing the work we’ve made so far, with you….”

8-9th July: Hiromi: The Trio Project. Check this girl out!

LONDON IS THE PLACE FOR ME: 22-26th July @ the Southbank Centre – This is a big one! A long weekend celebrating some of the seminal moments in black British music. Projects include Big Audio Dynamite at Royal Festival Hall, steel pan, sound systems, an evening dedicated to the film Babylon with live music from Dennis Bovell, a mixed-bill evening tracing the history of great songs

Following that…. VINTAGE AT THE SOUTHBANK CENTRE is a three-day party, a big dressing-up box and a collector’s dream, celebrating the 1920s to the 1980s. Over 13 hours of music, fashion, film, art, design, and dance each day. If last years Vintage at Goodwood was anything to go by expect some serious programming and the Southbank to be transformed.