No More Hiroshima – No More Nagasaki – No More Fukushima!

Yesterday, my partner landed in a hot and an oppressively humid Tokyo. She called and asked if there has been much press on the events surrounding the commemoration of the 66th Anniversary of Hiroshima. As a habitual early morning on-line news reader I had to reply, “Not that I’ve seen.”

She was shocked. It was wall to wall coverage on Japanese TV and so, thinking I’ve missed something, decided to check. The Google search was shocking. Forget the BBC, forget the Guardian and The Independent. Apart from the Mail online which ran a powerful photo-story, the only news agency to do the anniversary justice, and in depth. was Aljazeera.

Over 50,000 people gathered in Hiroshima on the 6th August to commemorate the atomic bombing of Hiroshima which destroyed most of the buildings within 2km of the hypocentre and resulted in a death toll, by the end of 1945, that was estimated at about 140,000 people. Another 70,000 + people perished as a result of another atomic bomb attack on the port of Nagasaki on the 9th August 1945. 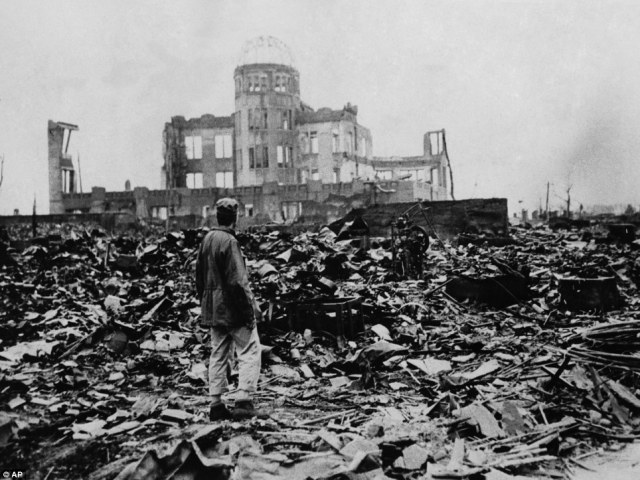 No More Hiroshima. No more Fukushima

Japan has lived with the radioactive legacy of those atomic bombs and it’s not surprising that in 2011 thoughts quickly have turned to those evacuated from the within the 20k exclusion zone and those who continue to live in the shadow of the Fukushima Nuclear Plant left crippled by the devastating March earthquake and tsunami.

In Hiroshima, Japan’s Prime Minister Naoto Kan renewed his pledge to work towards a nuclear-free Japan. However, his performance post March 11th has been poor and to any outside observer it’s clear that he is up against both a powerful local nuclear lobby and the global nuclear industry which has undoubtedly had a hand in shunting the disastrous Fukushima power plant from the global headlines.

As I felt ill informed amid a conspiratorial whitewash of half truths and downright lies I went off in search of news. It was not good. In fact it was horrendous. If you thought this situation was under control, you are so wrong.

Thanks to Aljazeera journalist Dahr Jamail we have been given access to the observations of three serious voices:

Dr MV Ramana, a physicist with the Programme on Science and Global Security at Princeton University who specialises in issues of nuclear safety.

According to Gundersen, “Fukushima is the biggest industrial catastrophe in the history of mankind. Fukushima has three nuclear reactors exposed and four fuel cores exposed. You probably have the equivalent of 20 nuclear reactor cores because of the fuel cores, and they are all in desperate need of being cooled, and there is no means to cool them effectively.”

“They (TEPCO) are pouring in water and the question is what are they going to do with the waste that comes out of that system, because it is going to contain plutonium and uranium. Where do you put the water?”

“The fuels are now a molten blob at the bottom of the reactor. TEPCO announced they had a melt through. A melt down is when the fuel collapses to the bottom of the reactor, and a melt through means it has melted through some layers. That blob is incredibly radioactive, and now you have water on top of it. The water picks up enormous amounts of radiation, so you add more water and you are generating hundreds of thousands of tons of highly radioactive water.”

“We have 20 nuclear cores exposed, the fuel pools have several cores each, that is 20 times the potential to be released than Chernobyl. The data I’m seeing shows that we are finding hot spots further away than we had from Chernobyl, and the amount of radiation in many of them was the amount that caused areas to be declared no-man’s-land for Chernobyl. We are seeing square kilometres being found 60 to 70 kilometres away from the reactor. You can’t clean all this up. We still have radioactive wild boar in Germany, 30 years after Chernobyl.”

Gundersen’s assessment of solving this crisis is grim.

“Units one through three have nuclear waste on the floor, the melted core, that has plutonium in it, and that has to be removed from the environment for hundreds of thousands of years,” he said. “Somehow, robotically, they will have to go in there and manage to put it in a container and store it for infinity, and that technology doesn’t exist. Nobody knows how to pick up the molten core from the floor, there is no solution available now for picking that up from the floor.”

Leaving the final word to Dr Sawada: “Until we know how to safely dispose of the radioactive materials generated by nuclear plants, we should postpone these activities so as not to cause further harm to future generations,” he explained. “To do otherwise is simply an immoral act, and that is my belief, both as a scientist and as a survivor of the Hiroshima atomic bombing.”

Check this CNN interview from June 21st: Incredible! Why have we not been told?

4 Responses to No More Hiroshima – No More Nagasaki – No More Fukushima!