FOLLOWING ON FROM TONY ALLEN’S EXCELLENT MASTER DRUMMER OF AFROBEAT I COULDN’T RESIST a BIG UP for a few more SUMMER READS: Mo’Meta Blues, Black Bazaar, Blood Of The Wicked…

Having read a couple of reviews that expressed reservations about Ahmir Questlove Thompson’s “autobiography” I decided to put the book on one side and read it on holiday away from my normal habitat and daily routines. It was a good move.

For the first time ever I’d decided to travel without a laptop and without a selection of music so I’d be removed from my regular routine where music is a constant.Free from my normal baggage I sunk I sunk into the book with ease – a welcome literary musical fix.

The book is a collaboration with New Yorker journalist Ben Geenham and I immediately related to his mission to come up with something structurally different from the trad biog. ?uest is only 44 and while the drummer/producer is one of the faces of contemporary hip hop his artistic career is far from done. So, what we get in this book is journey so far – playing with the family band, co-forming the Roots, initiating the Soulquarians, producing D’Angelo’s seminal ‘Voodoo’ LP, MD’ing the Jimmy Fallon Show – and it’s interspersed with tunes (of course), specific reflections and incidents (Prince’s roller skating party with Eddie Murphy) as well as editorial interjections.

The early years are fascinating and it’s remarkable that this trademark ‘fro has prevailed stylistically for several decades.  His year by year breakdown of the baddest, most inspirational tunes that had shaped his musical world almost had me heading off to the nearest internet cafe…  I’ve still got re-listen to Stevie’s ‘Secret Life Of Plants’ LP.

As one rolls through the decades you have to warm to ?uestlove’s geeky but totally driven pursuit of perfection. Not all rap ‘n hip hop artists are impoverished gangstas and rude boys from the hood (Gang Starr were a good example) and ?uest’s left of centre quirkiness has definitely provided the yin to complement the yang of his partner in the Roots – Black Thought.

As ?uest analyses and delivers a flow of insights into the making of each of the Roots albums you have to think… “Damn, they’ve made a lot of records… ‘Game Theory’, ‘Tipping Point’, ‘Things Fall Apart’, ‘Phrenology’, ‘Undun’ “… and over the next period I definitely plan to revisit them all.

Equally thought provoking is where he and the Roots stand in relation to Puffy, Jay Z and Kanye alongside the importance of the Dilla and both the Soulquarian and Electric Ladyland Experiences. 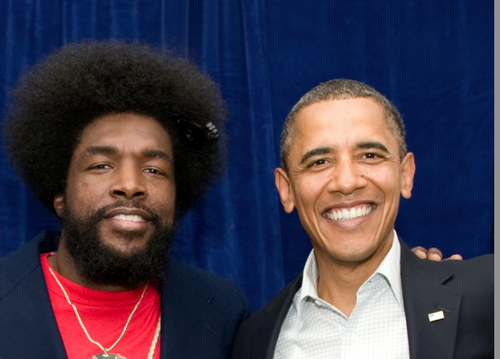 Working on the Jimmy Fallon show has allowed him to develop his own persona whether via his much scrutinised Twitter or as a Grammy winning producer. That said, the reader is still consistently confronted with his insecurities which despite his global status still whisper away, undermining his confidence as he approaches each and every project.

Alongside the editorial interjections of Ben Greenman that punctuate the book you also get a running commentary from Rich Nichols who is “supremely analytical extremely verbal and determined to digest, process, present, and represent the Roots’ whole experience”. The latter adds a reflective and critical edge and like the classic Dizzy Gillespie biog which enlists interviews from other people to recall the same events as Diz, Rich’s contributions prove that there no definitive history… it all depends on perspective and who’s telling it.

If I have one have a small quibble it’s that during their short largely depressing stay in London ?uest forgot to mention their involvement in Straight No Chaser’s Shape Of Things To Come event. The Roots involvement in Shape Of Things To Come  came about as a result of Gilles (Peterson) discovering their first recording ‘Organix’ and releasing ‘From The Ground Up’ on Talkin Loud.  On the night it was raw and innovative session that involved a collaboration with – amongst others – MC Solaar, DJ Krush, Steve Williamson, Omar and bassist Anthony Tidd (who is now a very good friend of the funky drummer). That session became the template for Red Hot & Cool in NYC  which heralded a whole new level of  cross  generational jazz and hip hop collaborations. So, for me, maybe as I was involved, it’s a disappointing ommissision.

That said, Mo’ Meta Blues has an interactive quality and provides essential connective reading for a whole generation of funk, hip hop and jazz headz.

(PS: Note to ?UEST – Passport aside Gilles is about as Swiss as Del Boy) 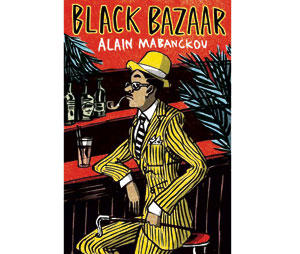 On a totally different tip is Alain Mabanckou’s Black Bazaar, which drops us in Paris in the company of “Buttologist”, a member of the Society for Ambient People and People of Elegance (Le SAPPE) who originates from Little Congo, from Brazaville, across the river from Big Congo. Our story starts in Jip’s Afro-Cuban bar in Les Halles which is located across the road from Soul Fashion, a ladies underwear emporium, which employed his former girlfriend and baby mother Original Colour. Called the “Buttologist” due to his surveillance of and devotion to the movement of the female derriere the Sappeur lives in relative squalor with his six suitcases stuffed with designer clothes and shoes. He is in transition. In fact, our narrator is coming to terms with the loss of his daughter and Original Colour to the diminutive hand-drummer Hybrid, and it’s a tale that is eloquently told through his relationship with his deranged Antillean neighbour – Mr Hippocratic, the Arab shop owner on the corner, Roger the French Ivorian and Louis Philippe the Haitian. Reading this book I kept getting flashbacks to Tony Allen’s biography, it’s something to do with the way the story is told. There’s humour and lashings of insight. We enter into his world and his own inimitable logic shaped in a post colonial world of migration. There’s a vision that takes shape as the book unfolds and as I closed the final page I simply wanted more… so next the stop… Mabanckou’s Memoirs Of a Porcupine and Mongo Beti’s Poor Christ Of Bomba.

Society for Ambient People and People of Elegance (Le SAPPE)

Finally, a detective thriller set in Bahia. Blood Of The Wicked is written by Leighton Gage, an American who’s lived in Brasil for thirty years, and it introduces us to Chief Inspector Mario Silva and his small but inscrutable team.  Apparently, there are five other Mario Silva books but this tangled  tale of murder and vengeance in the rural town of Cascatas do Pontal was my initiation. Blood Of The Wicked is a political thriller, and as the death toll mounts Detective Mario Silva finds himself in a conflict between the landless and the land owners, where liberation theology collides with the brutal shadow of Brasil’s miltary dictatorship. I suspect this may not be the last Chief Inspector Mario Silva story that I read. (Thanx Jody!)