OVER A DECADE HAS ELAPSED since East London tabla-tonics master, Talvin Singh, graced the cover of the 10th anniversary issue of Straight No Chaser having notched up a Mercury Award for his ‘OK’ album. During that 10 year period the only time I’ve managed to catch him live was at a prestigious concert of classical Indian music in Rome. He was in the company of a host of master musicians and it showed clearly where he had decided to focus his energies post the sounds of Anohka – his radical and groundbreaking club at the legendary Blue Not in Hoxton Square.

In 2011, Talvin is most definitely back. As to be expected he continues to pursue a path that unites his passion for modern technological sensibilities with free flowing improvisation and a respect for the tradition. His recent performance at the RFH was described as a “mini Meltdown” and a rapturous audience was treated a fresh, dynamic set that included collaborations with his long time vocal spar and fellow Jazz Warrior, Cleveland Watkiss, Persian vocalist and Sufi, Sussan Deyheim and Sultan Ustad Khan on the Indian Sarangi.

To accompany his recent live performances Music Village have released ‘Together’, an atmospheric and free flowing CD collaboration with Niladri Kumar on Sitar and Zitar. Over ten compositions the duo deliver dazzing improvisation and a feast of gentle, meditative melodies that are infiltrated, underpinned or tweaked by sympathetic sequencing and programming that echo the drum ‘n’ bass legacy.

Talvin Singh is an unrepentant modernist and for that we have to give thanks, especially when he dishes up the odd, radical, new composition of “drum & space” via his plot on Soundcloud. 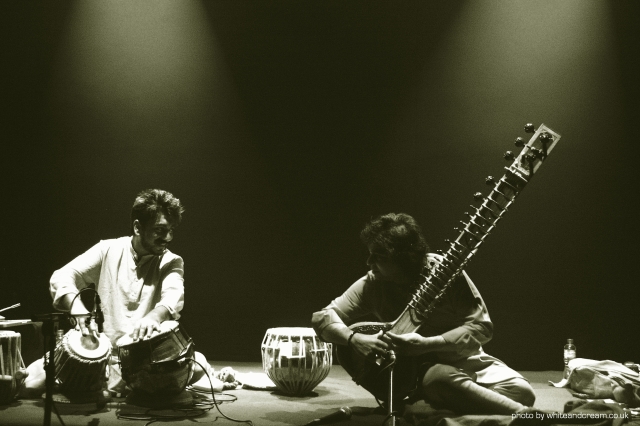