IS THAT JAZZ? Only Millions Of Sounds To Pick You Up When You’re Down….

The dreaded month of January draws to a close and this past week’s been very “jazz”. On Monday, it was Jazz In The Round at the Cockpit Theatre. The baby of Jazz On 3’s Jez Nelson and the Cockpit’s Dave Wybrow Jazz In The Round has now been running for exactly one year. Three bands a session and eight quid on the door – a bargain in these recession driven times – meant that despite a wet, dreary Monday night in London town the venue was buzzing with the usual anticipation.

Opening the night was a seven piece Leeds based ensemble, Metamorphic and it was most pleasant to see 84 year old bass player and former owner of the Bass Clef (the original Hoxton club!) Peter Ind, looking as hip as ever, tucked away behind the ensemble’s two bassists. Led by pianist Laura Cole, Metamorphic, drew on their F-ire release, ‘The Rock Between’, and worked their way through a selection of Cole’s diverse compositions. Singer Kerry Andrews delivered Laura’s poetic lyrics which offered a glimpse into the band leader’s personal struggles and added a fresh dimension to the tight instrumental compositions which were scored for each musician but brought alive by the ebb and flow of Laura’s piano and by alto player Chris Williams. 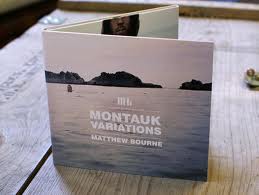 As I’d never heard Matthew Bourne play live I was looking forward his solo set. After giving us a few revealing insights into the process that resulted in his latest album, ‘Montauk Variations’, he commenced his solo set with a version of ‘Smile’, a tune he usually reserves for his encore. Watching this man is compelling and even the most abstract outpouring make sense as you engage with his body movement and the actual contact and timing of his ET like fingers with the piano keys. I love the way he allows the resonating sound of the piano to open up and create atmospheric space in the music. It was ‘Infinitude’, a tune inspired by a word he’d read in a Truman Capote book, that blew me away and had me seeking it out on-line the day after.

It was left to Jazz Jamaica/Tomorrow’s Warriors/ Dune Records don, Gary Crosby to close the night . The bassist has a solid record of working with and mentoring new generation of young players and this night was no exception. This latest venture is called Groundation – a term used by the Rastafari to describe a get together…a reasoning. Empirical alto-ist Nathaniel Facey kicked off the set with an extended ‘Tribute To OC’. (Ornette Coleman not Orange County!) that also introduced us to an undaunted, head nodding new talent, guitarist Shirley Tetteh. A Crosby composition which was dedicated to his other half and tentatively called ‘Dearest’ was graceful and touching and the bassist was clearly chuffed with the live outcome. However, it was the spacious, loose limbed, rhythm showers from drummer Moses Boyd that had this listener transfixed. As painter Gina Southgate said to him after the show, “So nice to see someone smiling while they are playing!”. 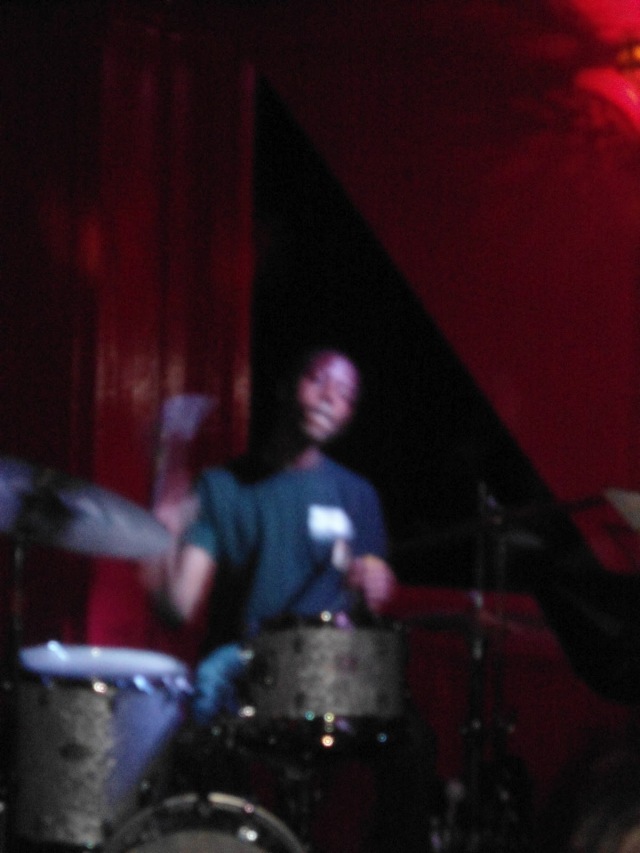 Talking about Gina it was she who invited me to the FlimFlam in Stoke Newington on Wednesday night. To my shame, despite being local, I’d never touched down on this session which is run by long time improv-musician and saxophonist, Alan Wilkinson. Down in Dalston, at Cafe Oto, the Art Ensemble’s Roscoe Mitchell was playing to a full house but at Ryans in Church street the upstairs bar was rammed with geezers watching Barcelona while below ground a small posse of devotees were immersed in the sounds being offered by the trio of Alan Wilkinson, Pete Marsh and Paul May aka I was Jack Goldstein.

Their first set was drawing to a close upon my arrival. I knew that illness had forced keys whizz Pat Thomas to take to his bed and it therefore was left to percussionist Ansuman Biswas to play solo for the second set of the night. Following my working with Ansuman on the ‘Sacred Spaces: A Love Supreme’ project I am a definite devotee and his solo effort was never going to disappoint.

Taking the premise that Pat was there in spirit but tossing and turning, possessed with a fever, he embarked up a rhythmic journey that took him from bells to whistles to manual sirens to the waterphone to hang to tablas. It was an extraordinary and dextrous endeavor that climaxed with an attack of healing rhythms and sound that Pat Thomas might well have felt in his bed in Oxford.

After a short break to gather ones senses, we were treated another expended piece from I Was Jack Goldstein. Paul May’s drum kit consisted of a cymbal, a snare and a round piece metal that he used to great effect and it provided a nice foil for the metal on wood sound of Marsh’s bass. Wilkinson opted to kick off the piece on alto and the man has a strikingly deep tone and serious command of that instrument.

It was interesting for me to reflect on Nathanial Facey’s Ornette tribute on alto earlier in the week and Wilkinson’s exchange with his long-time brethren. I’m not knocking Nathanial ’cause he’s got serious skills but Alan Wilkinson was on another level when it came to  intensity and the element of melodic surprise. That really hit home  when he switched to that mighty growling baritone of his and gave the music a totally unexpected twist when riding a fleeting but enticing cyclical bass figure.

All in all, a most positive week that paves the way for those Jazz Warriors International events in February and March. Watch this space.