An Antidote To Indifference… What a wonderful name!

Last Tuesday evening, I managed to hook up with broadcaster, DJ and roving A&R man Ross Allen along with former Chaser scribbler and music fan, Oakland CA based CK Smart. The meeting point was the excellent Queen’s Head freehouse in Denman street, a stones throw from Picadilly Circus, and the plan was to take in ‘Caught By The River’ – a gathering of like minded souls who are up for a few real ales, a dose of poetry, a couple of readings with a Q&A and a short film. This is how Ross described the session in his latest e.mail missive to the masses….

“The Caught By The River night is run by some dyed in the wool music loving people who still run Heavenly Records and do lots of other nocturnal things, and need no introduction – Jeff, Robin & Andrew – this night being one of them. The website http://www.caughtbytheriver.net/  has been going a while but this is the first of their nights that I have been to.

“It was an interesting affair. People you know from dancefloors and hedonistic days and nights sitting around getting excited by abandoned airfields, ghost stories from the Isle of Skye, poetry, long lost rivers and the changing face of our nations country. It ties in with my explorations of this fair land with our walks and climbs and also with my journeys to the American south where I first encountered ‘country cool’. 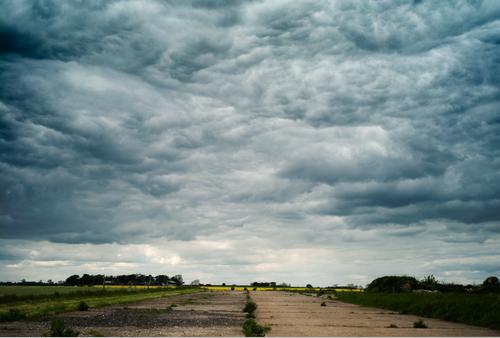 “I have always been obsessed with cities. The nights, the underbelly, the music, the clothes, the cultures and sub cultures they fuel. I still am but as a counter to that when I met Tony Joe White, Dan Penn, Larry Jon Wilson. I couldn’t believe that these old guys that were so cool, reserved and musically brilliant but were all fascinated with fishing, hunting and living close to the land. It felt wrong. It now feels so right. It’s the ying to the yang of city life. The ultimate escape and if you like a good story (isn’t a large part of going to clubs talking to people and hearing outrageous tales ?) then you will love Caught By The River, well you might not, but I did. It was a fascinating night. Quite slow paced but that is the country.

“You should check the website out it will give you things to do that you won’t do as well off your nut somewhere, although I think some were trying on the night. Just another tip of things you can do in our urban wonderland that is Londinium and this one will help you get out of it… “

Caught By The River: Book Of The Month

So, as you can see  Caught By The River and the excellent publication which accompanies their activities – An Antidote To Indifference – instantly creates inner reflection. As hard core urban-ites who have spent decades roaming the inner city being driven along by a steady but diverse shifting sea of late night, beat driven musical fare we now seem to be open to a range of alternative and natural rhythms that stem from the page of a book or  memories of people no longer with us or from the mysteries and meridians of town and country. The passion and humour endemic in each contribution at Caught By The River was quietly infectious and will definitely have this scribbler exploring the writings and images of contributors like Charles Wrangely-Wilson and Neil R Thompson.

So, thanks to Jeff Barrett & crew… looking forward to the next Caught By The River Social Club and the forthcoming launch at Rough Trade East of Holloway, a book put together by Robert Macfarlane, Stanley Donwood and Dan Richards.

PS… Just noticed that Heavenly are hosting a live session with William Adamson + DJ Andrew Weatherall reading from the works of W.G. Sebald. William Adamson’s ‘Under An East Coast Moon’ is an engaging musical endeavour rooted in the Suffolk countryside that flows effortlessly into the Caught By The River continuum.

1 Response to An Antidote To Indifference… What a wonderful name!