LOU REED : WALK ON THE WILD SIDE

LOU REED was a legend. From Warhol’s NYC to the Punk generation and beyond, Lou Reed’s music never failed to resonate. A musical innovator and Chen taijiquan devotee he recently passed away aged 71 as a result of complications following a liver transplant in May 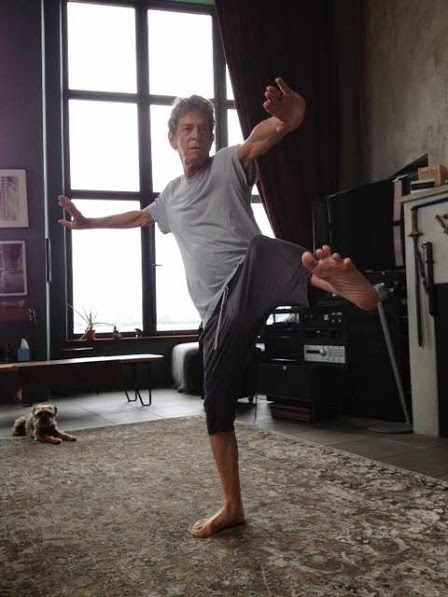 A fellow Chen taijiquan stylist, Lou Reed practiced martial arts for over 20 years and he studied diligently with Master Ren Guangyi, an innner door student of Master Chen Xiaowang. I was a touch surprised when he incorporated taijiquan into his live performances but watching the video from the Opera house is Sydney where the music was done by Reed and his wife, Laurie Anderson, it conveys both the grace and the power.

According to the man: “I thought this is fantastic, I could show people the power and the elegance of this traditional thing that goes back 300 years, maybe more… I’m not the only one floating around with this idea by the way, I’ve just never seen it done as well as I do it.”

From a journos point of view he was notoriously difficult to deal with and I have to confess that musically I never really got beyond the classic Velvet Underground albums and his first two solo LPs. That said, I bought the first two Velvet Underground LPs as a teenager at the tail end of the Sixties and the impact of each was massive. I might even have to dig out the vinyl after writing this.

Above: Master Ren and Lou Reed taijiquan class, Sydney Opera House. The music is by Lou and his wife Laurie Anderson. Must have been quite offbeat getting your posture corrected by Lou Reed.

If you want a deeper taste of Lou’s views on Chen taijiquan check out Kung Fu Magazine Interview with Lou Reed: http://www.kungfumagazine.com/magazine/article.php?article=325