Journey To The One with Nina Miranda & Adriano Adewale took place at the House Of St Barnabas last week and they filled the Chapel with the multi-dimensional sounds of Brasil. 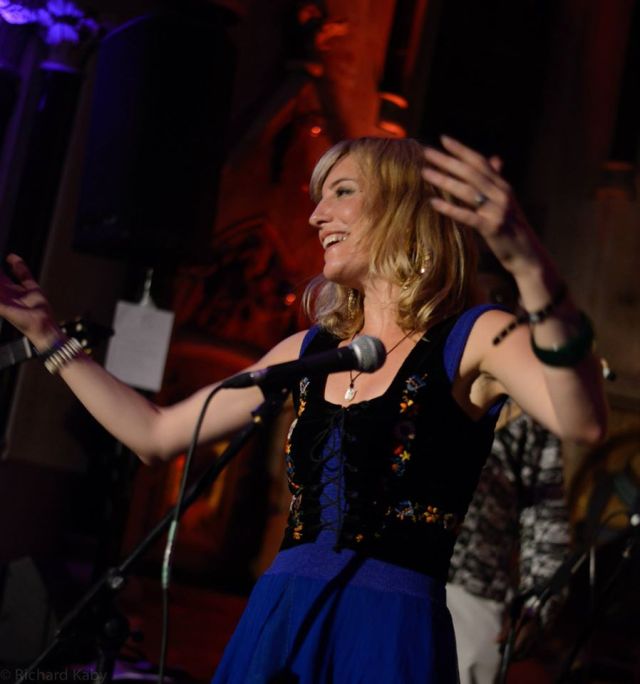 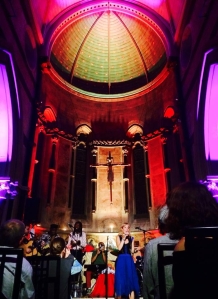 They’d been rehearsing hard and it showed. This was their second public outing and there was bunch of new compositions. It all kicked off with ‘Honey face’ which was dedicated to Anselmo who is clearly a big influence on this, Nina’s first solo project. The Allstarbanda was tight but relaxed and Nina fronted the whole session with a warm, airy confidence born of her experience of working both in the studio on array of projects and live with Da Lata. They dropped a loping reggae-fied version of Smoke City’s ‘Underwater Love’ where Nina deftly switched from Brazilian Portuguese and English – a definite asset that I can see her featuring in this rapidly evolving venture. After getting the audience to stand and shake their arms etc to relax she quickly realised it’s what people had wanted to do all along and basically, it all kicked off. Jorge Ben’s ‘Cavaleiro Do Cavalo Imaculado’ was a funky rhythmic delight and one could definitely say that the vibe in the Chapel was at times euphoric.

Nina & her Allstarbanda were a hard act to follow but Adriano Adewale rose to challenge mesmerising us all with his skills on pandeiro and the sonic range of the global percussion at his finger tips. A little momentum was lost as mesmerising Senegalese kora player Kadialy Kouyate suffered from some annoying monitor problems but the quartet which also included flautist/saxophonist Marcelo Andrade and Bahian bassist Matteus Nova sprung back with a deep, impressionistic, rhythm driven journey that had my good friend DJ Debra fully immersed and clearly engaged in every moment. Equally fascinating was the duet between Marcelo on fiddle and Adriano on pandeiro, an exchange which had its roots in trip the to Scottish highlands where the fiddle is seen very differently from the classical world. It was a long night and as it drew to a close all agreed it was fitting end (for now!) in our Journey To the One.

For more on the charity / House Of St Barnabas check http://hosb.org.uk/