The buzz on this project has bee building quietly and the Steve Reid Foundation and Brownswood are delighted to announce the release of Emanative’s album ‘The Light Years of Darkness’ featuring a host of talents from Earl Zinger, Idris Ackamore, Jessican Lauren, Rocketnumbernine, Collocotor, Finn Peters and many more. It’s limited edition release of 500 X Double 180G Vinyl available via the Steve Reid Foundation’s bandcamp.

In the words of Foundation’s Gilles Peterson, “I couldn’t be more thrilled to have Emanative’s ‘The Light Years Of The Darkness’ album be our first release for the Steve Reid Foundation. In keeping with Steve’s open ended approach and his musical history Nick Woodmansey has delivered a knock out Jazz and beyond album.” 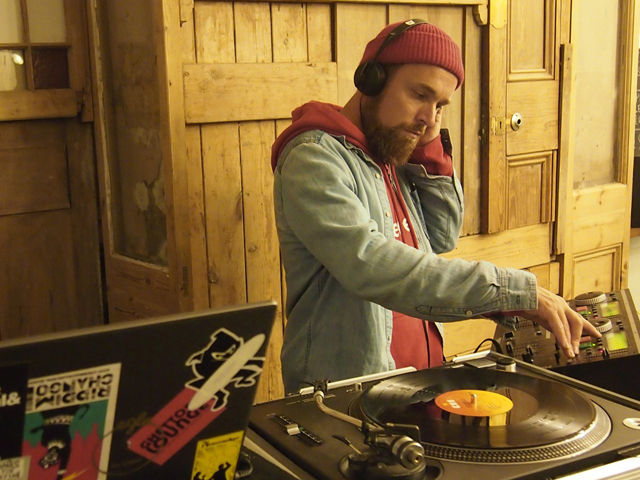 So, I decided to pop a few question to Nick about the journey involved in producing this album? Here we go….

When did you initiate the project?

After the “roaring success” (ha!) of our version of Steve Reid’s Lions Of Judah – which was the first contribution to the freshly formed Foundation and was our tribute to Steve, Gilles and Emily at Brownswood asked and suggested the idea of an album with proceeds going to the cause! It’s been a couple of years at least.

What is the inspiration behind the project?

It was half & half Steve Reid and all the various projects he worked with, and then my personal chance to explore some of my personal favourite pieces of music.
And the light and dark of both, whether that is the sad story of Steve himself versus the positive aspect of his work and legacy w/ the Foundation and all the good it does or the innate spiritual goodness of man and the darkness and entrapment of the mind or perhaps the physical and material world… this strange place where in order to live and sustain oneself something has to die …. even if you’re a vegetarian ha!

All worldly problems resolve easily when viewed from the perspective of a spirit. Rascism, Sex, any adopted Identity you care to mention… you may have been them any or all in a previous life?
Not talking about religion, more philosophical… The good and bad of mankind and let’s just say Karma for want of a better more explanatory term. The positive and the negative.
Sorry, you said “short” answers!

Well it is Spiritual Jazz after all, don’t take me too seriously here. Just hinting at the spiritual side of things because not many people do, it’s all materialistic, facebook and political correctness bollocks! Yawn!!

Is there a Steve Reid mindset? (And how much herb do you have to smoke to reach it?)

Well we got through two bottles of nice single malt during the session for Joe Henderson’s “Fire” alone!
For sure… and THIS did inspire me. I didn’t set out to do a tribute album as such, yet the mere fact that Steve had worked with Fela, James Brown, The Arkestra and Arthur Blythe to name a few did allow me to take on an African, funk, experimental and soulful approach!

How did you decide on the tracks you’d cover?

Always wanted to do ‘Hum Allah’ (and Gilles hinted at this at a Brownswood xmas party where at first I thought he’d said “Omelette Omelette Omelette…” Same with ‘Music Is The Healing Force’ – and I could envision Zinger on it!

I thought doing ‘Rocket Number Nine’ with Rocketnumbernine was a great idea and I was dying to do something with two drummers! Don Cherry & Ed Blackwell’s “Makondi” was Kieran’s suggestion and made a lot of sense with just thumb piano and drums & percussion. Needed something light and spiritual for an intro, Alice Coltrane chanelled by Jessica Lauren was the perfect idea! All tracks chosen seemed to make sense and integrate well.

How was it all recorded… gives us idea of the process?

Recorded in many different studio’s over the time, but with a similar process; get to the studio early (at the crack of…10am), set up and get a sound, roughly explain an approach, arrangement and the rhythms and then do two or three takes… job done! (except for perhaps some over dubs here and there)
main work done for each track on the day!

Who is in the hardcore crew and are you gonna take it live?

What are the most memorable and mind blowing moments in the recording?

Recording two drum kits on Rocket Number Nine, Two upright bassists on Hum Allah, Drums on Makondi through Floating Points nice desk, and the whole session with the Collocutor tribe, Finn Peters, Woodpecker Wooliams on Harp and the Emanative elite (and those two bottles I mentioned) for ‘Fire’.

OK…. big thanx to Nick for his insights into the project. You can check out this first track a collaboration featuring Four Tet on Thumb Piano covering Don Cherry and Ed Blackwell’s hypnotic masterpeice, Makondi.