OK, following on from the New York City vibe of the Vivien Goldman story, we touch down on Snowboy & The Latin Section’s ‘New York Afternoon’. This album celebrates Mark ‘Snowboy’ Cotgrove’s three decades as a DJ and musician. It’s Southend meets the Bronx, and for this scribbler, it’s the congalero’s finest musical moment to date. The album kicks of in a breezy fashion with the title track – a version of Richie Cole’s jazz dance classic – and it showcases the vocals of Baltimore based Marc Evans – a jazz singer who I’m more familiar with from his deep house output.

After a short interlude that offers a musical snapshot those live 1970’s Tico and Fania sessions the Latin Section weighs in with a muscular and firing salsa ‘Tres Tamores’. Another vocalist featured on the LP is Boston’s Jen Kearney whose phrasing offers more than a hint of Stevie Wonder during ‘Better’ – a streetwise tale of addiction. Neil Angilley’s keys underpin and provide the driving force to ‘Cala Espardo’ before we connect with the music of the legendary Trindadian band leader and UK Latin music pioneeer, Edmundo Ros on ‘Ole Mambo.

After a kicking homage to the legendary home of the mambo, NYC’s Palladium and another cut from Jen Kearney we get to savour Snowboy’s passion for the darker side and the music – ‘The Triple Bluff’. Think Eddie and Charlie Palmieri. Adventurous keyboards, bubbling but solid and insistent percussion from Snowboy and a tough sax break from Polar Bear’s Pete Wareham. ‘The Triple Bluff’ is a fitting end to a ‘New York Afternoon’ and a righteous celebration of Snowboy’s commitment to the music he loves.

‘Space Echo – The Mystery Behind the Cosmic Sound of Cabo Verde Finally Revealed!’ is the latest offering from the most excellent Analog Africa imprint and it’s compiled by the Celeste / Matisposa Crew – a Lisbon Based Sound System, Mexico-based producer Deni Shain, and label founder Samy Ben Redjeb. When the first track kicked in on the hi-fi I wasn’t sure if the CD was fucked up and jumping… I stopped it, re-pressed play and turned up the volume. Wow… different stylee… and then the voice of Antonio Sanches, it has echoes raw Paranda, kicks in over a galloping riddim. All I knew of Cabo Verdean music was the smokey, melancholy vocals of the Barefoot Queen Of Morna – Cesaria Evora and what will filling my kitchen was from another dimension.

Maybe it all goes back to the spring of 1968. Word has it that a cargo ship laden with an important shipment of musical instruments was heading for Rio De Janeiro, where the EMSE Exhibition (Exposição Mundial Do Son Eletrônico) was due to be held. It was the first expo of its kind to take place in the Southern Hemisphere and many of the leading companies in the field of electronic music were involved. Rhodes, Moog, Farfisa, Hammond and Korg, to name just a few, were all eager to present their newest synthesisers and other gadgets to a growing and promising South American market, spearheaded by Brazil and Colombia. The ship with the goods set sail on the 20th of March on a calm morning and mysteriously disappeared from the radar on the very same day.

One can only imagine the surprise of the villagers of Cachaço, on the Sao Nicolau island of Cabo Verde, when a few months later they woke up and found a ship stranded in their fields, in the middle of nowhere, 8 km from any coastline. Portuguese scientists and physicians were ordered to the scene and after weeks of thorough studies and research it was concluded that the ship had fallen from the sky. Mystery permeated the event. 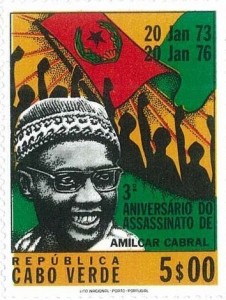 Finally, a team of welders arrived to open the containers and the whole village waited impatiently. It is said that charismatic anti-colonial leader Amílcar Cabral ordered for the instruments to be distributed equally in places that had access to electricity, which placed them mainly in schools. This distribution was best thing that could have happened – keyboards found fertile grounds in the hands of curious children, born with an innate sense of rhythm who picked up the ready-to-use instruments. They modernised local rhythms such as Mornas, Coladeras and the highly danceable Funaná, which had been banned by the Portuguese colonial rulers until 1975 due to its sensuality! One of those kids was Paulino Vieira, who by the end of the 70s would become the country’s most important music arranger.

Paulino Vieira making good use of those lost synths & keys! 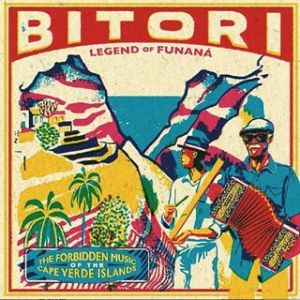 Coinciding with the Cosmic Sound Of Cabo Verde we have another Cabo Verdean classic. It also arrives courtesy of Analog Africa and ‘BITORI – Legend Of Funaná ‘ explores the sensual, forbidden music of these remote islands. Recorded in the Netherlands in 1997, this album features accordion master Victor Tavares aka ‘Bitori’ alongside singer Chando Graciosa and the flawless rhythm section of drummer Grace Evora and bass-man Danilo Tavares. This is roots music – the music of Cabo Verde’s so called “uneducated peasants” which became synonymous with the armed struggle for independence from their Portuguese colonial masters. While the Cosmic Sound album gave us a revised take on traditional Funaná this album gives us a taste of raw, passionate, undiluted Funaná where the music underpins lyrics rooted in the harsh daily lives of the working people of the the seemingly idyllic Cape Verde archipelago. During the 60s and early 70s singing these lyrics and playing the music of Funaná could get you arrested and tortured. It was 22 years after the islands gained independence from Portugal that Bitori’s album was first heard in the urban dancehalls of the Cape Verdean islands. Many of the songs became local classics and thanks to Analog Africa they finally get to travel to other people around the globe. 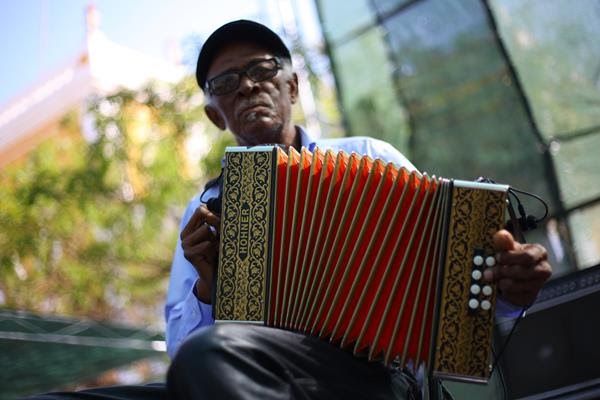