Swift and I touched down in Singapore at six in the evening.  It’s was a welcome one night  stop-over on our way to Aukland and intended to ensure we arrived at our destination ready to roll. Stepping out of the air con of the airport we hit a wall of tropical heat. It was humid as hell but neither of us was complaining. We were only hours away from a wet and miserable London.

A few years ago Swifty was invited to show his work in Melbourne. It was organised from  Singapore by Jonny Kiat and his crew and after e.mailing him he’d offered to be our guide to his  city. It was a happy re-union and once we’d registered at the hotel and changed garms to suit the climate we headed off to his neighbourhood. Jonny’s place is located on Tanjong Katong Road but the streets that feed into it have English names like Bournemouth  Street or Poole Road. Our colonial past is never far away.

Prior to an opening at the adjacent Phunk Studio that evening we stopped off at a favourite street corner cafe to savour a few culinary delights that Singapore is famous for. There was fish… a snapper…  prawns, pork and Marmite chicken!. Jonny and Cherri are knowledgeable hosts and they filled us in on all aspects of life in the city from ladies night to the machinations of the design and music worlds.

Jonny Kiat is a very modest fellow who failed to explain that he is something of a pioneer and a don in the Far East drum ‘n bass and electronica scene. He has long championed the darker side of electronica with quality breaks, rolling bass-lines and leftfield influences. With more than 17 years of DJ-ing experience behind him, it was inevitable that he moved into music production.

After opening for Goldie at Homeclub, Singapore, Jonny’s tunes caught the Metalheadz don’s attention and were immediately courted for release on the Rufige imprint. A collaboration with Brazilian producer S.P.Y.  –  “Close Encounters” – made a solid impact on the saturated electronica scene while Goldie voted it as his top tune of the summer 2008!

Check out his soundcloud site (http://soundcloud.com/kiat) to get a taste of where this man is at. He’s  never takes the same route twice when creating his music and maintains that new breed of producers such as Low Limit and Flying Lotus are definitely a source of inspiration.

By the time we reached the gallery the opening has spilled out onto the pavement. The show featured work by a range of young artists, all being mentored by Jonnny’s contemporaries Alvin Tan and Melvin Chee amongst others. Introductions were made and that resulted in a barrage of big-ups for Straight No Chaser. Swift’s work was well known and respected by all the the design dons in the house. These guys were collectors. They were attuned to the history, the music and the graphics synonymous with the scene that Chaser represented and helped create. They remain dedicated to their version of the Freedom Principle.  It’s always amazing how far Chaser traveled and the impact it’s had on a generation of hungry, open-minded creatives.

Like all cutting edge creative communities the Singapore crew have found a spot on the margins of the city centre and it’s only time before others follow. As the opening wound down and we retired to  Alvin’s flat. It’s in the same block as the gallery and like Jonny and Cherri’s it’s on the top floor. It had been opened up to reveal a high ceiling and create a loft like space. While Swift was button-holed by Lucinda, who’d interviewed him in his shed in Ealing I discovered, that the host’s collection of Chaser’s was destroyed when his whole archive – apart from a few treasured copies of Emigre magazine – went up in flames when his storage space mysteriously burned to the ground.

Despite that fact that Singapore is without a strong reggae scene there was considerable interest in the Word Sound & Power: Reggae Changed My Life exhibition that Swift and I are working on. Interest was such that one misguided fellow quietly suggested we forget about our hosts gallery and check out his far more appropriate and larger space. Bad move mate! Any Chaser follower would know that we value loyalty and friendship and have a deep respect  for the community that allowed us to thrive as long as we did. Besides, why would you trust someone who drinks your beer and hustles behind your back. Swift was not impressed! 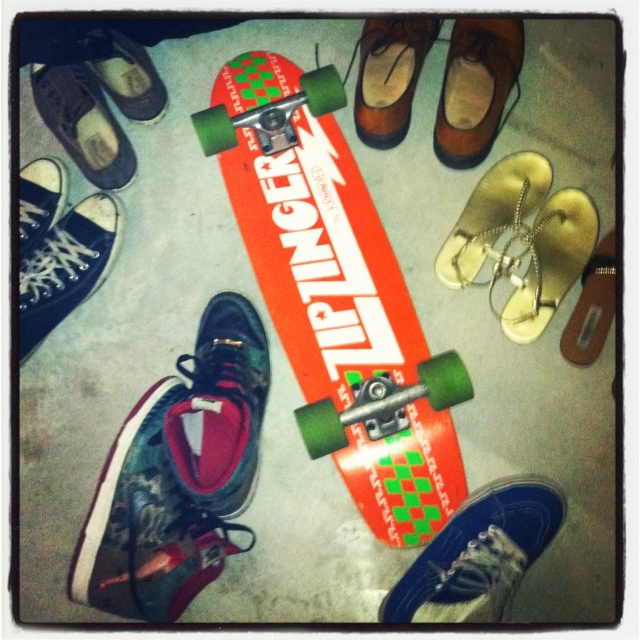 We kicked off the next day back with a walk around the botanical gardens before heading back to Tanjong Katong Road and another  local dish  – Hainanese rice – which combines  poached chicken infused with ginger and  rice cooked in chicken stock . It was served with fresh ginger, chilli and sweet soy sauce  and  accompanied by chilled, fresh coconut milk. Classic! From there we headed off to the Buddha Palm – an offbeat 21st century architectural space that currently hosts a comprehensive Warhol exhibition.

As we drive down the road that doubles as the track for the Singapore Grand Prix Jonny revealed he has access to tickets. Swift is knocked out. Janine – his partner (who organises Gilles’  Dingwall’s classic sessions) – is crazy about the Grand Prix and he would love to bring her to Singapore for the race!

At the Buddha Palm we meet another of Jonny and Cherri’s associates who was on release from his two year long national service. Maybe because of it’s past and it’s strategic positioning –  hundreds of ships sit just offshore from this the city –  it remains a very militarised nation and I was a touch surprised to find out that most people didn’t mind doing national service. 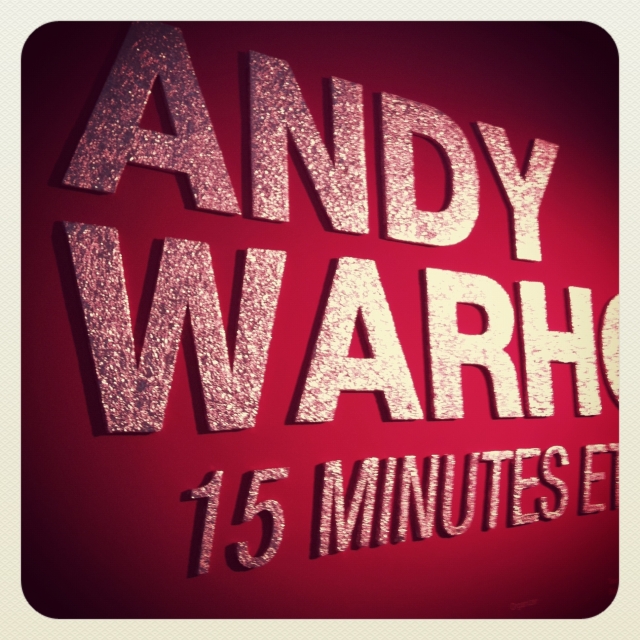 As Cherri was in the process of organising an event at the museum we got a squeeze on entry and once inside got to see how this extraordinary inner and outer space was constructed. The Warhol show spanned his whole career from his earliest magazine illustrative work through the explosive years of the Factory with a soundtrack courtesy of the Velvet Underground. Nico’s vocals on ‘All Tomorrow’s Parties’ bounced gently off the concrete walls and made my day while Swift was clearly made up with the glass cabinets that housed the gizmos and gadgets which were Warhol’s tool’s of the trade.

The stay in Singapore was short but sweet and I have a feeling that we’ll be back there sometime in the not too distant future. Or maybe Janine will!. The collective creativity of the Singapore paved the way for the next stop – Aukland, New Zealand – where we would follow in the footsteps of illustrious individuals such as Charlie Dark and Akala. We were the next in line to take on the  PIYN project  a “master class in creativity” which “involves aspiring artists and performers from Auckland’s diverse communities, working with the best of contemporary UK talent, to collaborate, create and celebrate.”

Flash It! The Pics in the distinctive funky curved corner frames are by Swifty instagram!

1 Response to Mid-day Musings a trip to Aotearoa… Singapore… Part. 2