Somehow,  I still seem to accumulate a few tunes every week – soundcloud promos, downloads, cd’s and even the odd 7″ . and therefore feel I should pass  the word on those little gems that are worth seeking out.

First up is a release on Gerald The Jazzman’s imprint – Jazzman Records, I was sent a soundcloud link to this and I am definitely smitten. This is the follow up to Jazzman’s  ‘Jukebox Jam’ and it’s appropriately entitled ‘Jukebox Mambo’. This equally rocking selection sheds light on the influence of Afro-Cuban and Latin rhythms on R&B and Jazz during the mid-20th century by dishing up dynamite cuts from Joe Lutcher, Dave Bartlolomew, Red Callendar, Mabel Scott et al. That might sound like eons ago but this music is as  fresh as the day it was recorded. This music hauls me back to smokey, sweaty, boozy, Thursday nights in the Sol Y Sombra with Dave Hucker or Gossips with Gaz Mayall and respect is most definitely due to compiler and DJ Liam Large who lives up to the  Jazzman motto of “diggin’ deeper”. As usual Jazman deliver nuff formats. There’s a 22 track CD with 16 page booklet and a Deluxe Double Gatefold LP with liners, pics and full colour insert. However, if you’re looking for that elusive Xmas gift check the SUPER DELUXE “MUSICAL BOOK”  (see pic!) containing 6×10” records, colour booklet insert with liners and pics & four bonus tracks! 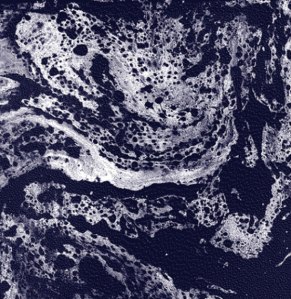 On a totally different tip, also from  Jazzman Records, comes Isle Of White based pianist Greg Foat with a follow up to last year’s much lauded  ‘Dark Is The Sun’.  This  fresh installment of filmic and jazz-ual soundscapes is entitled ‘Girl And Robot With Flowers‘ and further reflects the man’s  passion for analogue sound, all kinds of keyboards and sci fi  (‘Dark Is The Sun was inspired by the novel by Philip José Farmer ). Like it’s predecessor  the new album is recorded at Mattias Glava’s Kungalv Studio in Gothenberg on a mixing desk that used to belong to Donald Fagan and oozes that dynamic, spacious, warm sound that can only be achieved by recording direct to tape through high quality vintage equipment. The album’s title track  is delivered in 5 parts and is interspersed with a handful of  tracks like ‘Have Spacesuit Will Travel’ and ‘Cast Adrift’.  To get a taste: http://soundcloud.com/djfryer/sets/the-greg-foat-group-girl-and 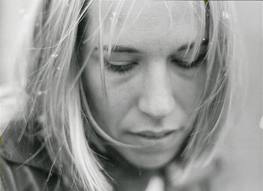 Next up  is a labour of love on the part of Cecilia Stalin. You should know Cecilia for her vocals with Koop, The Streets and The Charles Tolliver Big Band. When word reached me that she had immersed herself in the works of John Coltrane and recorded a new album I was eager to hear the results. Having just been immersed in Trane’s music myself, as the curator for Sacred Music Sacred Spaces, I was naturally stoked to hear where she had taken the music.

The album is called ‘Step Like A Giant’ and Cecilia maintains the  project was born when she first heard and fell in love with the melody of ‘Naima’. According to the singer the album is her way way of reaching out to people today that haven’t been introduced to the music of John Coltrane – ” to people who don’t know jazz at all” – and to enable people to comprehend  what John Coltrane contributed to the musical platforms we all use today… “hiphop/grime/soul/neo-soul/nu-jazz/broken beat/house/ dub step/garage/blues/pop/rock…and all the ones in between”.

Like John Coltrane and his contemporaries Cecilia wants her music to speak out against injustice, to push the boundaries and this is what she has done. The saxophonist’s timeless compositions are her launch pad.  Don’t expect jazz singer meets classic acoustic quartet, this is a 21st century affair  and if you’re feeling the concept you need to check her bandcamp page right now…. touch the tracks and buy the album! 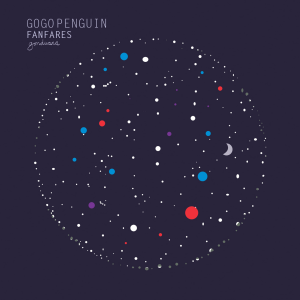 I came to this album via Mancunian trumpet player Matt Hallsall.   Go Go Penguin’s ‘Fanfares’ LP has just been released on Gondwana and features the classically tinged piano outings of Chris Illingworth colliding with profound double B lines from Grant Russell and the excellent shuffling trap drums of Rob Turner who betrays a strong passion for post junglistic expression. I’ve got a distinct feeling that ‘Fanfares’ is going to win this trio a whole new audience.!

OK. This next trio of deep double CD’s come courtesy of R2’s Kiri Patsalides . The R2 classics series dishes up a serious dose of Classic Fusion from The Headhunters, Ramsey Lewis and Larry Young.  It wasn’t until I got hooked on the UK Jazz Dance scene in the mid eighties that I discovered Fusion.  Before that I was into straight ahead stuff or the avante garde. Miles’ ‘Bitches Brew’ was about as far into Fusion as I was willing to go. Anyway, through hanging out with a host of DJs who’d come through the suburban soul and funk scene, the hard core jazz dance sessions and pirate radio I got a taste of Fusion that was to turn my prejudices around. These two-album packages are off their time and some of the tracks reflect that but there are a host of cuts here like Larry Young’s ‘Turn Out The Lights’ that continue to transcend time and remain totally radical.

The Headhunters’ first album ‘Survival Of The Fittest’ was a huge seller (selling more than ‘Bitches Brew’!) and perfectly reflects time when funk, rock and jazz musicians were taking it to the bridge. Some of this stuff is strictly for those cats who can Dance Jazz… they are fast ‘n’ furious and truly off the hook… try ‘Slick’ from Ramsey Lewis’ ‘Salongo’. It’s killin’… love that! Produced by Earth Wind & Fire’s Maurice White and the great Charles Stepney.  If you don’t know these records intimately you need to.  They have inspired a generation. Think heritage. Think Dilla, Mobb Deep, Tribe Called Quest, The Fugees…

And from there we have to drop into Tatham, Mensah, Lord & Ranks which has just surfaced on Dego’s 2000BLACK imprint.  It’s a fact that this crew of Bruk Beat pioneers are the genuine heirs to the music contained on the R2 Classics and on this album they continue to proudly fly the flag but in their own inimitable West London style. Kaidi Tathan is an inspirational keys whizz who forever brings something new to the table and guests like Eric Lau,  Bembe Segue, Serina Leah and Ferraz add their own flava to the mix. Sadly I missed their album launch at Jazz Refreshed last night but I’m told by a very reliable source that it was smoking! 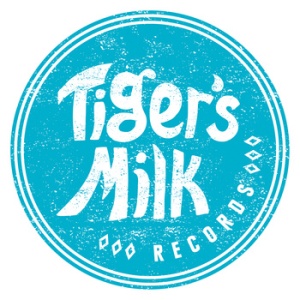 PS. Check out Taurus Riley‘s ‘Unplugged’LP. Played it earlier today. A conscious youth with a message that you can sing-a-long  to! Whoops…  forget to mention the latest Brownswood Bubblers No. 8... always worth a visit… where else you gonna find the groundbreaking Hello Skinny followed a contemporary jazzy vocal  gem like ‘Mr New York’ followed by the genius that is Criolo.  Thirteen bubblers… another marker in time… merci GP.