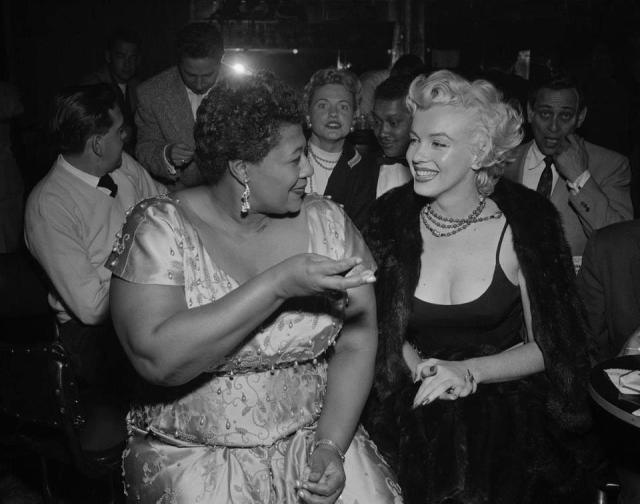 Back in the n the 1950s, the popular Mocambo nightclub on West Hollywood’s famous Sunset Boulevard applied the Jim Crow laws to their clientele and would not book Ella Fitzgerald because she was black. Fortunately for Ella, she had a powerful and unlikely benefactor – Marilyn Monroe. This is what the singer had to say about the Macambo and Marilyn in her biography.

“I owe Marilyn Monroe a real debt…it was because of her that I played the Mocambo, a very popular nightclub in the ’50s. She personally called the owner of the Mocambo, and told him she wanted me booked immediately, and if he would do it, she promised she would take a front table every night. She told him – and it was true, due to Marilyn’s superstar status – that the press would go wild. The owner said yes, and Marilyn was there, front table, every night. The press went overboard. After that, I never had to play a small jazz club again. She was an unusual woman – and ahead of her time and she didn’t know it.”

2 Responses to MARILYN & ELLA: Against Jim Crow in Hollywood’s Clubland!