Festival of Dangerous Ideas 2013: David Simon – Some People are More Equal than Others

Festival of Dangerous Ideas 2013: David Simon – Some People are More Equal than Others 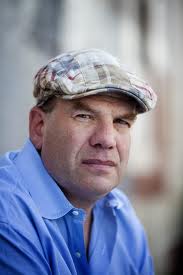 When I read about this contribution to the Festival Of Dangerous Ideas in Australia by David Simon I thought I’d love to hear it in full.  Having, now, heard it all the way through I thought it definitely made interesting listening for anyone who lives in the inner city, has their own thoughts about the current global crisis and is interested in the future role of a socially divided America.

David Simon is a Baltimore based author, journalist, and a TV writer/producer. He worked for the Baltimore Sun city desk for 12 years. In 1991 he wrote Homicide: A Year on the Killing Streets and then 6 years later co-wrote The Corner: A Year in the Life of an Inner-City Neighborhood with Ed Burns. NBC series picked up the the former and adapted it for TV. The latter appeared as the HBO mini-series The Corner which, in turn, led to him become the executive producer and head writer for the whole 5 seasons of The Wire. Simon also co-created the excellent post Katrina drama series Treme with Eric Overmyer.

If you’ve got a spare hour and a bit. Kick back and give it a listen.

1 Response to Festival of Dangerous Ideas 2013: David Simon – Some People are More Equal than Others