Pauline Boty was a leading figure in the Pop Art movement of the 1960s until her untimely death aged just 28. A friend and contemporary of Peter Blake, Derek Boshier and David Hockney, Pauline Boty was one of the few female artists associated with the movement yet her work, which explores themes of female sexuality, gender, race and politics, has been largely overshadowed by her male Pop Art counterparts.

One look at the photos of Pauline Boty and you are confronted with a woman, a painter, who stylistically embodied the boundary busting ethos of swinging Sixties London. According to fellow painter Peter Blake she was the first woman in London to wear men’s 501s – “I used to say, ‘Pauline, your flies are undone.’ It was a reasonably funny thing to say to a woman in 1961.”

The photographic images of Pauline Boty convey a sense of freedom but feminist artist and Release activist Caroline Coon declares that Boty was “a woman in agony, the victim of male oppression” who had come through an art school system where women artists were loudly excluded.

In 1966 her career was about to take off. She was taken on by Mateusz Garbowski, an agent with an eye for up and coming artists. She was receiving commissions. She was appearing on chat-shows. She’d met Bob Dylan. She was pregnant with her first child. Tragically, during her pregnancy she discovered she was suffering from leukaemia and survived for only a few weeks after the birth of her daughter. It sent a shock wave throughout London’s creative community.

Thanks to the Wolverhampton Art Gallery this show at the Pallant House Gallery in Chichester is the first public exhibition to survey Pauline Boty’s career as a whole, reinstating her at the forefront of British Pop Art. It features paintings and collages which are essentially brightly coloured scrapbooks of public and pop figures in ironic juxtaposition – Jean-Paul Belmondo, Johnny Hallyday, Profumo, Lenin, Lennon, Cassius Clay – along with ephemera from public and private collections. The exhibition includes rarely seen pieces that have not been seen for 40 years. 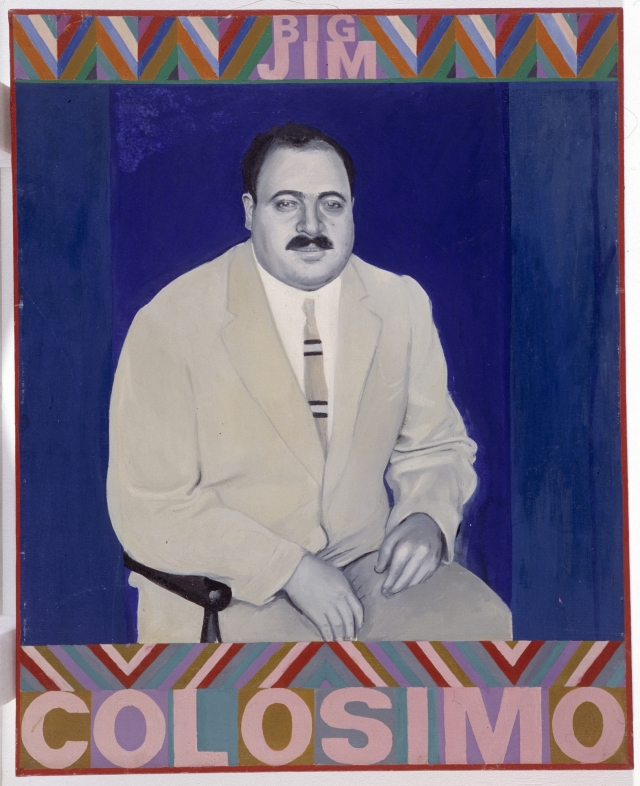 While we can only speculate where her artistic journey would have taken her, and I’ll leaving the last word to Caroline Coon she views Pauline Boy’s work as “A generous, extrovert use of talent combined with a Gothic delicacy.”

Pauline Boty: In her studio. Pic by Lewis Morley

So, if you’re feeling bold and fancy a day out… head off to Chichester to experience Pauline Boty: Pop Artist and Woman: 30 November 2013 – 9 February 2014.

A touring exhibition from WAVE

Thanks to Caught By The River for the heads up on this one!