Hassan Hajjaj’ s My Rock Stars Experimental, Volume 1 has crossed the Atlantic and is now showing at The Los Angeles County Museum of Art

Hassan originally hails from Larache, a small harbor town in northern Morocco but moved to north London as a teenager. He currently divides his time between his shop on Calvert Avenue in Shoreditch and his atelier in Marrakesh. Initially known for his streetwear label R.A.P. and then as a photographer, Hassan has recently turned to video to depict a globalized society in which the margins of cultural identity—whether African, Arab, or European—are continuously shifting and blurred.

My Rock Stars Experimental, Volume 1 includes nine separately filmed performances by an international array of musicians and Hassan’s “rock stars” and “sitters” wear clothes that the artist designed himself and pose in spaces covered by patterns he selected. Clad in traditional fabrics, as well as luxury-brand clothes and shoes, the musicians bridge the gap between now and then, us and them, and high and low culture, thus reflecting a fusion of Moroccan craftsmanship and contemporary art while creating a conscious friction with Western stereotypes. 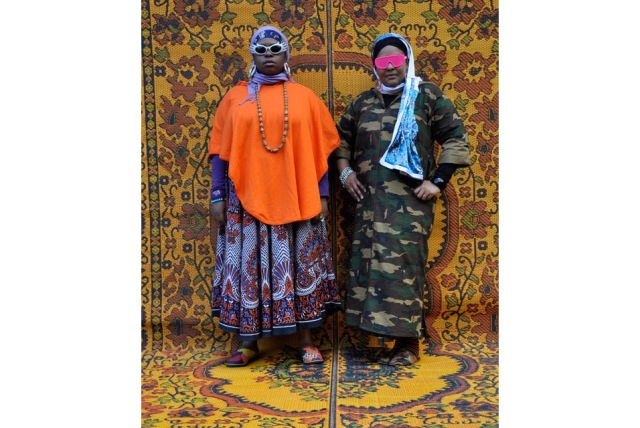 If you’re in LA… check it out. Style & pattern! Exuberant and thought provoking!