London town regularly delivers an overwhelming array of LIVE music and the late summer has been exceptional with enlightening and stirring  sessions from  Collocutor, The Grip and Steve Willamson.

Last Monday night I caught the launch of the the Collocutor album at the Forge in Camden Town. I was introduced to the music of Collocutor by On The Corner records boss Pete Buckenham and album producer Nick Woodmansey of Emanative. Both maintained, ” You have to check them live.” and on the night I was not disappointed. 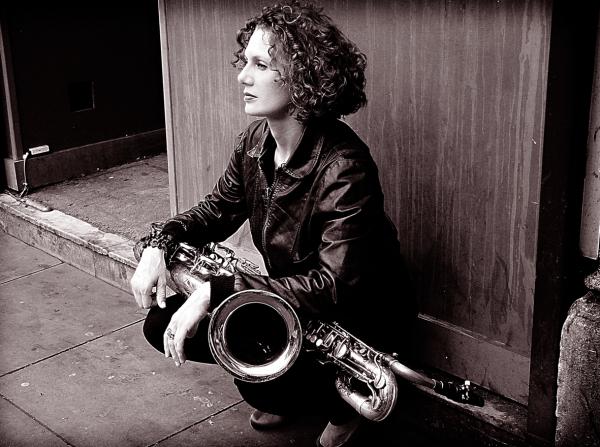 Led by saxophonist (baritone + soprano)/flautist, Tamar Osborn, who you may know from the Fontanelles and numerous other projects, this ensemble is built around two distinctively different percussionists –  Maurizio Ravalico and Magnus Mehta – and bassist Suman Joshi. This rhythmic triumvirate provide a unique foundation for Tamar,  Simon Finch (trumpet/flugel horn), Josephine Davies (tenor) and guitarist Marco Piccioni to step off from.

On their very first tune Marco Piccioni’s blistering solo on Stratocaster, which propelled him around the back of the stage on his tip toes in moonwalk fashion, gave us a indication that we were in a few surprises.  Maurizio Ravalico’s unique approach to percussion which included a surdo drum, a hi-hat made from washing machine parts, a violin bow and a selection of Tibetan bowls was the perfect foil the horn players who switched between crisp ensemble parts and free flowing, muscular solos. 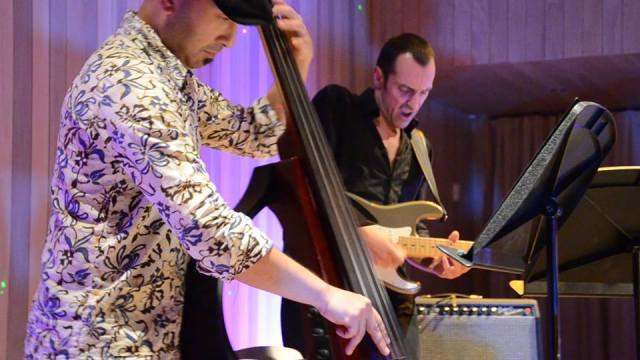 Apart from Joe Henderson’s ‘Fire’ and the encore of Miles’ ‘On The Corner’  all compositions were Tamar’s and took in influences from Yusef Lateeef’s book of scales, memories of an island in the Mediterranean – the divine ‘Archaic Morning’ – and an elephant pendant (which somehow led Tamar to explore in sound & music what it would be like for an elephant to be stranded in a room to small for it!).

The session at The Forge was Collocutor’s first live performance and it received a rapturous response from the musician heavy crowd in attendance. Their organic,  rhythmically innovative blend of modal and spiritual jazz is definitely attuned to this moment in time and Tamar’s compositions clearly initiate a conversation between those onstage and those in the audience. I definitely want to hear more. 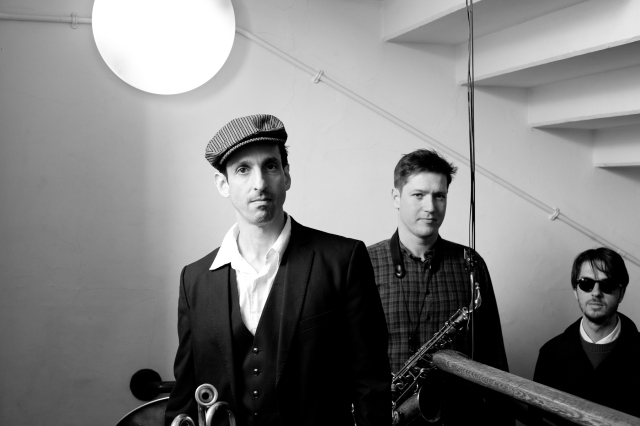 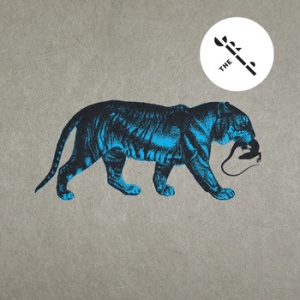 The spirit of pioneers like Steve Reid, Bob Stewart, Yusef Lateef and Blythe himself filled the Vortex but The Grip combine legacy with their own unique compositional skills, focused energy and intuitive 21st century funk. Oren is a monster, a force of nature,  whose relentless spirit and creativity surges through his tuba to deliver warm , rhythmic waves of sound that allow Tom Skinner and Finn to breach the boundaries. Memorable moments included a tune dedicated to ‘Saladin’ and a mesmerising meditative Lateef-like composition that stemmed from the tale of a man whose job was to slaughter animals. All in all it was a wild night that made me want to dig into the album and ensure that I check their next gig.

The appearance of the Steve Williamson Quintet at the Pizza Express in Soho was also a joy to behold. This was the first time the saxophonist had played his own compositions, with his own hand-picked band, in well over a decade. The choice of musicians in the quintet was inspired. Polar Bear’s Seb Rochford played drums while the furiously innovative Robert Mitchell took on piano duties. Their rapport was crucial in pushing Williamson’s horn solos into the stratosphere. The fedora sporting, electric bassist, Michael Mondesir sat smiling throughout as he applied himself to the complex rhythms that graced the sheets of music in front of him.

For me, the set was vintage Steve Williamson. The music he’d resurrected for this performance sounded as fresh and as radical as when I first heard it. ‘Waltz For Grace’ with Filomena Campus on vocals was heart rending and showcased an ensemble in free flight. It was only on the final number that we were to get an insight into music that Steve has been writing in recent times. He is, without doubt, desperate to present this music as he hears it and as expected it’s rhythmically complex and demanding – for both the listeners and the players. Personally, I’m up for the challenge and more than keen to hear the results of his plan to include string instruments and extend the range of voices within it. Maybe we’ll get to hear that when he does a promised recording for Jez Nelson’s Jazz On 3 later this month. Can’t wait.