Hustler’s Convention premieres @ the Sheffield Doc/Festival and the 90 minute film will be shown at the Molinare Library Theatre
Jun 7th @ 15.30. 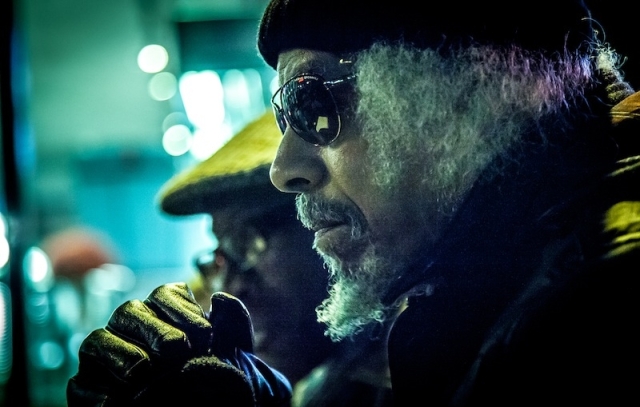 Riverhorse have just announced that ‘Hustler’s Convention’ – the documentary that traces the impact of the 1973 long playing record of the same name and the journey of its creator Jalal Mansur Nuriddin aka Lightin’ Rod- is poised to hit the big screen at the prestigious Sheffield Doc/Festival in June.

Public Enemy’s Chuck D is on board as Executive Producer: “‘Hustlers Convention’ is a verbal bible to understand the streets” but maintains that, “Very rarely does ‘Hustlers Convention’ get mentioned in the annals of what emerged from it. Jalal’s legacy is important – both as a member of The Last Poets and as the creator of this profoundly influential work. This is a story that needs to be told.”

In early 2014, through the tireless efforts of Liverpool based poet, activist, Abdul Malik Alnasir, we were able to witness Jalal deliver a staggering performance of ‘Hustler’s Convention’ at the Jazz Cafe in Camden Town. We were all – including Mr George Clinton – blown away. Some of the footage from that night is included in ‘Hustlers Convention’ – the documentary – which also blends archive, photographic imagery, and interviews with unique animated sequences set to the album score. The film locates this hugely original album in its wider social context and explore Jalal’s personal mission as one of rap’s undisputed pioneers.

‘Hustlers Convention’ is in many respects a forgotten masterpiece. The scores were composed by Kool & The Gang, Brother Gene Dinwiddie and Eric Gale. The musicians recruited to play on the album included King Curtis, Billy Preston, Cornell Dupree, Philip Wilson and Julius Hemphill. It is a tale within a tale of ambition and greed, of culture and identity and of an ongoing struggle to get paid. Released in 1973 on Douglas Records this classic album tells the story of Sport and Spoon – two young hustlers who attend the eponymous convention, only to get tangled up in a financial disagreement that leads to a shootout, a police chase and finishes with Sport on Death Row weighing up what it all means:

It had cost me twelve years of my time,
to realize what a nickel and dime,
hustler I had really been,
while the real hustlers are ripping off billions,
from the unsuspecting millions,
who are programmed to think they can win.