SWIFTY joins forces with Rob Swain at Gamma Proforma to produce Full Circle – a retrospective book of his “typo-grafix” from the Eighties to now.

Even if you’ve never heard of Swifty you can bet your life you’ve seen or even owned a piece of his artwork. For over two decades this man has cast an innovative and distinctive visual shadow over contemporary urban culture as we know it. However, we need to go back in time to the dawn of clubland to fully get the picture. Back in the late Eighties, Swifty was fresh from art school in Manchester. He moved to East London and was operating as right hand man to the most radical designer of the day, Neville Brody, and working on The Face and Arena magazines.

Inn the beginning there was the Apple MacSE

I was introduced to Swifty by Neil Spencer, a former editor of the NME and a co-founder of our “designer fanzine” – Straight No Chaser. Swifty was looking to do something of his own and Straight No Chaser was a blank canvas. The arrival of Apple Macintosh had laid the foundation for a DIY revolution and Swift was a “Mac Daddy”. He was totally on it. Swift’s design of Chaser rapidly notched up a ‘XYZ Magazine Designer of The Year’ award. Chaser was at the hub of into the jazz infused wing of the club scene. ‘E’ swept into town and “Rave” nudged the rare Groove scene onto the sidelines. There was a surplus of energy. We were all on a mission.

In ’90 Swifty left Neville Brody’s Studio and we set up shop in Hoxton. The area was derelict and run down, it bore little resemblance to the thriving Shoreditch we know today. The Chaser office became club flyer central. Prior to Swift, club flyers had been knocked out, punk fashion, cut and paste, either with a felt tip or Letraset. It was Swifty on his twinned Mac SE’s who revolutionized the art of the club flyer. It was those designs that brought him together with the flyer queen of the day, Janine Neye. Yes, it’s the same Janine who organizes annual Dingwalls session with Gilles P and Patrick Forge and they’ve been together ever since.

Talking Loud & Saying Somethin’ at Dingwalls was our “office” each and every Sunday. It was all about the music and the session was a radical melting pot of inner city cultural politics. The club became synonymous with the ‘Acid Jazz’ movement through bands like the Brand New Heavies, Jamiroquai and the James Taylor Quartet. In reality, the session was fierce meeting point between the hard core post Electric Ballroom Jazz dancers, refugees from the Rare Groove and boogie scene, the musicians at the heart of the Jazz Warriors, the Acid Jazz crew and a controversial hip hop sensibility best characterised by the recordings of Tribe Called Quest. Hip hop’s sampling sensibilities found their way into Swift’s artworks where they collided with the classic sleeve art of Blue Note records. 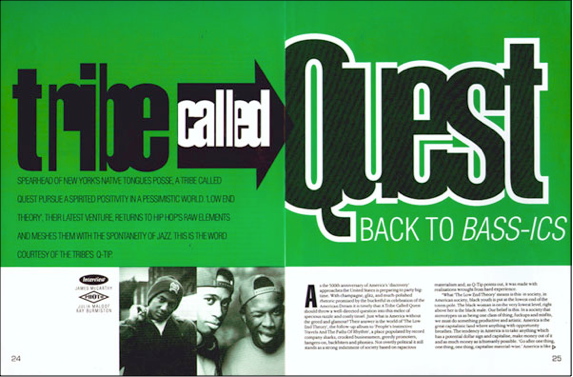 When Gilles Peterson launched Talkin’ Loud records, Swift was the natural choice for art director and believe me he made the most of it. His output was staggering – a seriously radical body of work. Check out those Talkin’ Loud album covers and 12” singles – Young Disciples, Galliano, Incognito, Marxmen and Omar amongst others. Cast your eyes over the spreads from Straight No Chaser. We weren’t looking to develop “a look”, we simply embraced the creative energy that is implicit in change. Chaser had a format but there would be seismic shifts with every issue. At the heart of that was Swift’s fonts. This is a man who took a font and then blasted it with 12 bore shotgun – the result was a new font called “Gunshot”. Swift’s growing body of work was mightily impressive and pretty soon he was designing for labels as far away as Japan.

When 17 year old James Lavelle appeared in the Chaser office suggesting we give him a column ’cause “we needed him”  another phase in Swift’s work ensued. Swifty and James were on the same page. They were united by their herbal intake, the joy of “toys”, a love of Japanese graffix and Seventies TV programmes like Man From Uncle (hence U.N.K.L.E – geddit?). Both had a passion for NYC subway art and street artists like Futura and Stash. James was hungry and eclectic and he set about releasing music from Japan’s Major Force and DJ Krush along with a US crate digger, DJ Shadow. Once the Mo’ Wax records was up ‘n’ running they were “kickin’ more funk like a shaolin monk”. When it came down to Mo Wax’s creative vision it was Swift and James who laid the foundation.

In ‘95 Swift moved from Hoxton to the Harrow Road end of Ladbroke Grove. He set up shop and invited a bunch of younger designers to join him. It was became known as ‘Studio Babylon’ alongside Swift it was home to Mitchy Bwoy , Kam Bohgal , Robi Walters and Fred Deakin. Swift’s stay in the Grove resulted in hundreds of album sleeves for labels like Far out and B&W Music. In 1995 he Art directed and curated the ground breaking Fosters Ice ‘Street Art’campaign which won a Media Week award for the best use of a singe medium. The effect was so radical that it inspired a whole generation of Graffiti artists from Bristol to London and beyond and help lay the foundations for the ‘Street art’ movement we know today! Mode2 and Delta both traveled to London in ’96 to check out what all the fuss was about and resulted in Mode joining studio Babylon as a permanent member until its demise in ’99. 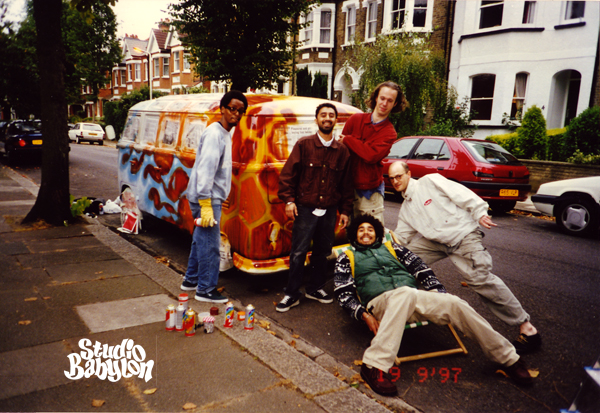 Not content with print Swift then expanded his skills to include title sequence design and as he slipped into the new millennium Swifty graphics hit the TV screen via Peep Show, Smack The Pony and Derren Brown as well as music docs like Jazz Britannia and Soul Britania. Today, Swift still does flyers, album sleeves, logos, fonts, TV Titles, clothes for Addict and designs and makes his own skateboards (old skool – he still skates!). But most crucial are his own artworks. Branded but twisted, he loves the opportunity to mesh the technology with rootsy lo-fi production techniques. Visit him in his shed and he’ll be knocking out screen prints or working on etching techniques! He’s a modernist with a nostalgic streak. 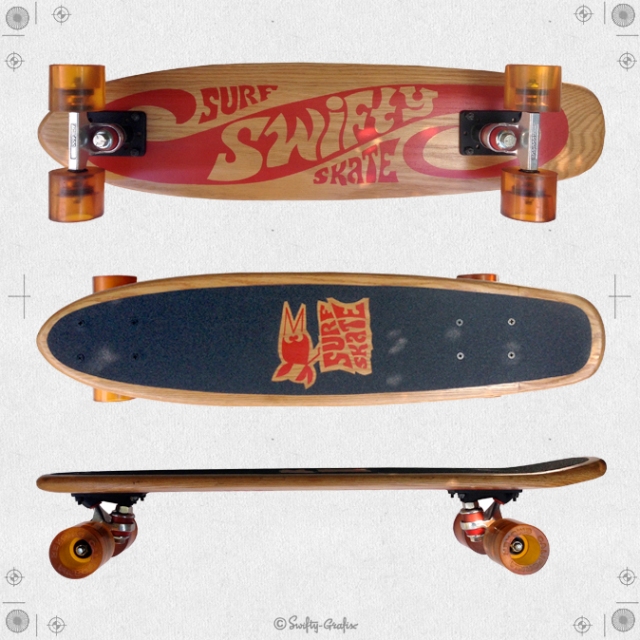 My working relationship with Swifty has spanned 25 years – 97 issues of Chaser along with dozens of other projects. We are good friends and kindred spirits. The “Freedom Principle” lay at the heart of what we both did. Producing Straight No Chaser was all about respect and trust and under the guidance of the “Graffix Overseer” the magazine was an ever changing phenomenon. For that I’m eternally grateful.

FULL CIRCLE is a full colour, hard back, 200+ pages, strictly limited to 300 copies. Preorder’s will be signed by the artist. 30 hand made boxed special editions with screen print, t-shirt and original archive items are also available. FULL CIRCLE is a pre-order item, expected to ship in Autumn 2015