QUESTS FOR 2016…THE OGONI… STRAIGHT NO CHASER – THE ARCHIVE….

QUESTS FOR 2016…THE OGONI… STRAIGHT NO CHASER – THE ARCHIVE….

As someone who is “under-employed” and pretty much unemployable in the straight world I find myself not alone. Like many of my friends and fellow cultural co-conspirators, who have spent decades self-employed, we find ourselves re-inventing who we are. We shapeshift into different roles and seek that elusive finance in order to pursue the creative path to which we are bonded.

The Battle Bus – Impounded by the Nigerian Government

Once such co-conspirator is Paris based Frances Feeny. I know her as Fanny, a Birmingham born misfit who shared her schooldays with renowned textile designer Virginia Hodge and her twin, Ali (Artistic Director of The Quick and The Dead – an international performance ensemble) and documentary film-maker Molly Dineen. A mighty quartet indeed! The teenage Feeny fled the UK and settled in Paris and became the co-owner of Blue Moon records – arguably the city’s premier reggae emporium. For several decades she channeled the spirit of JA to the ragamuffins of the city and the banliues via imports and her own Backchich productions.

Like myself, Frances Feeny found her own runnings drawing to a close. The shop closed, she had to move on. As a single parent and a warrior she did what she had to and got a job. But the creative in her pushed to explore new avenues and that has led her to ‘The Ogoni’ – a story of a people and a land devastated by the petroleum industry.

Back in 1995 I wasn’t fully aware of the struggle of the Ogoni with the Nigerian Government and the oil industry. But during the soundcheck for a MELT 2000 / Busi Mhlongo concert at the Africa Centre we received the news that Ogoni activist and author, Ken Saro Wiwa, along with 8 other activists had been executed by hanging.I was asked to make the announcement to the audience that night but preferred to hand it over to ANC activist and singer, Themba ‘Max’ Mutambo. It was dark news that hit everyone at that session hard but the fire of solidarity and resistance burned bright in the hearts of the South African musicians who performed that night. 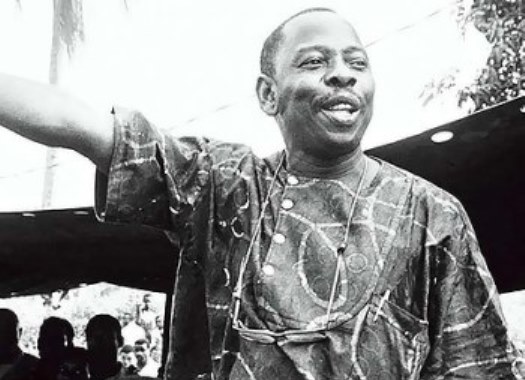 Through Straight No Chaser I later got to know Ken Saro Wiwa’s daughter, Zina, who proposed and wrote several pieces in the magazine. That was my last link to the Ogoni people until Frances Feeny arrived in London in 2013 and asked me to help film a “Battle Bus” which had been constructed by her friend and sculptor Sokari Douglas Camp. The Battle Bus was dedicated to the Ogoni activists murdered by the Nigerian Government.

To cut the story short Frances followed the Battle Bus to Nigeria where it was impounded by the Government. That trip took her to the Niger Delta to experience first hand the ecological devastation and the impact it’s had on the families who live there and their story has become her mission to tell.

And so, as we enter 2016, it feels like we like-minded souls need to increasingly join forces and help out whoever is devoting their creative energies to assisting others. You may not have the money to help out (and I don’t) but we all have a web of contacts that span the globe and remain committed to promoting the culture of the African diaspora. And on that note, I ask that you give Frances Feeny some props, spread the word and share her mission to give voice to he Kpekpee family who live in the Niger Delta town of Bodo – a town where illness is rife and the primary social activity for the community is burials. This family’s livelihood and food supply has been poisoned by oil pollution in both the water they drink and air they breath. It’s a human story that needs to be told.

Dada is in her thirties, the mother of seven children, and comes from many generations of fishermen.

“With this film we want to paint an immersive and sensory picture of every day life as it is right now.” maintains Frances Feeny.”As an outsider arriving in the Delta last September one immediately sensed the sheer weight of getting through those daily tasks in such a toxic environment. This burden can only be expressed through the voices of the actions of the people who live there. How can you appreciate someone’s difficulties, their exasperation, if you’re unable to identify with them as fellow men and women?”

While I’m dedicating a little time to spreading the word on ‘The Ogoni’ and on Carleen Anderson’s amazing Cage Street Memorial project I’m also working on the words for Swifty’s forthcoming book with Gamma Proforma (I should be doing that as I’m writing this!). On top of that I’m trying to lay the mental foundations to get the focus, the vision, to tackle the Straight No Chaser archive. I’m even thinking about doing a couple more issues that bridge the gap between cessation of publication and now! Awoahh!

Thinking, thinking, thinking…. watch out for news on this Straight No Chaser bizniz. Gonna need the Chaser family plus there’s a new generation out there that we need to reach out to, which may not be too difficult as there’s a bunch people out there globally who kept the fire burning by linking the spirit of the past with the Sounds Of Now… you know who you are!