This Sunday! Molly Dineen at the Portobello Pop Up Cinema… In conversation + Heart Of The Angel + a first showing of ‘The Out-Takes Of Tony Blair’.

THIS SUNDAY, one-woman documentary don, MOLLY DINEEN presents a rough & ready big screen screening of her classic film on the London Underground – ‘HEART OF THE ANGEL’. 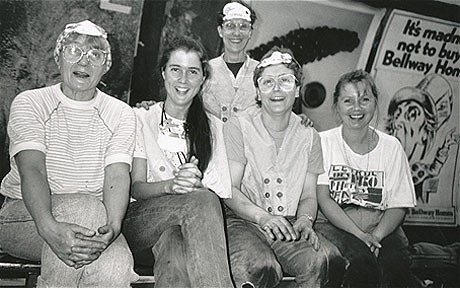 Molly and "the fluffers" at Angel Tube. Pic courtesy of the film maker.

One of Britain’s most acclaimed documentary filmmakers, Molly Dineen has notched up Grierson, BAFTA, and Royal Television Society Awards for her intimate and probing portraits of British individuals and institutions (The Tube, London Zoo…). On Sunday, she will be also showing excerpts from her films and chatting with Poppy Simpson (B.F.I.) about documentaries; screening and archiving.

My good friends, Jody Gillett (mondomix) and Jez Smadja (Shook) heard her speak at the Sheffield Documentary Film Festival in June and both thought she was a breath of fresh air!

There will also be the very first showing showing of Molly’s ‘The Out-Takes Of Tony Blair’ which, apparently, is not to be missed.

Having watched her graduation film, the seminal ‘Sound Businees’ feat. Sir Coxsone Outernational & Young Lion at the Portobello Pop Up cinema I suggest you dress for November… it can get COLD!! Frreeezingg!

The portobello digital microplex cinema Is situated under the Westway. Entrance from Portobello Road, behind the purple fence, by the El Camino resturant, 3 ACKLAM ROAD, W10-5TY. Nearest Tube: Ladbroke Grove.

The BFI have just released a 3 Volumes set of her documentaries. Nice. 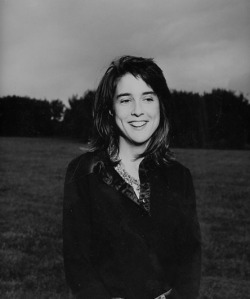 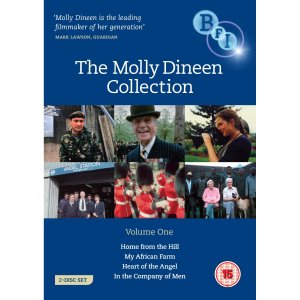