Jamaica50: Babylon Your Queendom is falling…. 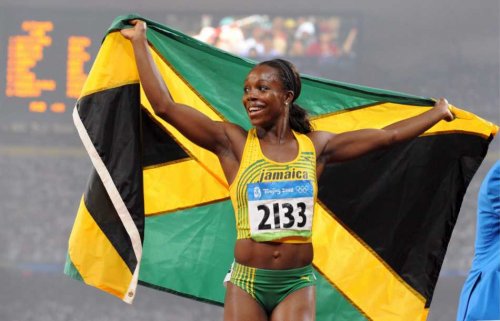 Since Big Ben struck midnight on New Year’s eve and the South Bank lit up large in anticipation of the Olympics on the East-side, it seems that Jamaica has thrown up a daily dose of evocative bass-ical vibrations into this scribe’s regime. To tell the truth, I’ve been on a mission with regards to 50 years of Jamaican Independence for a good while now and and while a couple of very sweet ideas have sadly failed to manifest, right now,  a bunch of projects are fast become a reality. From Punch Records to Dune Music to British Underground at SxSW… Jamaica 50 is happening.

Firstly, I have to say that since the early Seventies, reggae music has underpinned a good portion of my life. It has shaped me as the person I am. Reggae confronts us with history, mystery and prophesy. It forces us to think, to evaluate our past in relation to our future. It has been an enlightening experience, one that led me to encounters with visionaries like Bunny Wailer, Michael Smith, Dennis Brown, Pablo Moses, Mutabaruka and Peter Tosh amongst others.

Globally we have witnessed a reggaematic revolution and while the hedonism that is dancehall / bashment may have prevailed in recent times the Rastafari laid down a solid foundation based on equal rights and justice! In 2012, the legacy of slavery and the subjugation of African people at home and abroad continues but as Jamaica prepares to celebrate 50 years of Independence they are finally seeking closure on their colonial past.

Following the blood letting that surrounded the Dudus Coke fiasco, the JLP Prime Minister Bruce Golding was forced to resign.

What followed was a General Election that was held at the end of December. Jamaica elected its first woman Prime Minister – Mrs Portia Simpson Miller of the socialist People National Party. Known to her supporters in the PNP as Sister P, she pledged, in her inaugural address to the nation, to sever Jamaica’s umbilical link to the Queen Of England.

While the UK gears up to celebrate the Queen’s Diamond Jubilee, in Jamaica it’s …  “Babylon,  your Queendom is falling…”

Last week, sitting at my kitchen table, with pencil and paper I traced a web of connections which started in Jamaica and grew organically between UK based musicians, singers, producers, record labels, record shops, distributors, sound systems and their operators, poets, writers, journalists, film makers, photographers, journalists… five decades of growth… five decades of evolution that span the birth of Ska and the post jungle and dubstep offerings of Digital Mystikz. There’s way more to this picture than Island records and Bob Marley.  No disrespect to either but the balance definitely needs to be recalibrated.

From Birmingham, the city that’s poised to host Usain Bolt and his record breaking Jamaican Olympic team mates, comes the ever consistent Punch Records. Straight out the starting blocks  in February 2012 they hit the road  with the radical Jamaica Party that builds on the Dub To Jungle and Dub to Dubstep tours.  Once more it aims to edu-tain and unify the JA rooted sounds of jungle, dubstep, garage and grime. In the mix – Channel One,  Top Cat, The Heatwave Crew,  Mungos Hi Fi, RoxXxan, Lady Leshur,  Rtkal , Mala, Coki, The Bug and FlowDan – and it’s heavy. 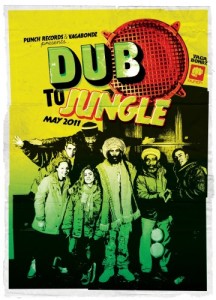 Activism is synonymous with Punch Records and a whole bunch of events are in the pipeline including a tours with Yellowman and the Mighty Diamonds. It’s most warming to see that they are also sponsoring a tour  with local deep roots veterans Steel Pulse whose ‘Handsworth Revolution’ album was a landmark in the evolution of UK reggae music.  The band will feature the including original line-up from ‘Handsworth Revolution’ including  Mykael Riley – The Preacher – who went on to  form the innovative Reggae Philharmonic Orchestra. Their radical stage show, complete with string section, was way ahead of its time and definitely influenced Jazzie B’s vision for Soul II Soul.

Today, as and academic, Mykael Riley champions the concept of an all-embracing contemporary ‘Bass Culture’ with a DNA that’s clearly Jamaican.  The influence of Jamaica is obvious to those of us that have grown up with it but in this era of disposable digital culture it’s vital that a new generation are given the reference points that will allow them to savour the depth of their culture… a culture constantly in the making. While, I personally tend to sidestep categories that lump things together, ‘Bass Culture has captured someone’s imagination and British Underground will be taking Riley and the ‘Bass Culture Forum’, along with Gappy Ranks,  Rasites, Little Roy, Natty, Lady Leshur, Kenny Ken and Sound Clash along with the tour host Ras Kwame (BBC Radio 1 Xtra / Orange Hill/Electrobashy Records) – to SxSW in Austin Texas in March and to Brasil later in the year.

It’s becoming increasingly clear that around the country a number of disparate community based organisations are hosting an impressive array events. Birmingham, Bristol and Nottingham are looking real good.  In London the National Museum of Popular Music (02) is planning a Bob Marley exhibition. Meanwhile over in the north west London the duo from  Dune Music ,  Gary Crosby ( RFH’s Artist In Residence) and Janine Irons are working on Lively Up!.

This is a comprehensive and ambitious programme that will tour the nation and in the mix is a radical, urban and orchestral arrangement of  The Wailers’ classic ‘Catch A Fire’ album by Jason Yarde. A  Joe Harriott project called Parallel which will pair the saxophonist’s music with the works of an as yet un-named contemporary visual artist. Singer, Zara Macfarlane (Brownswood Records) will be hosting a children’ project called Mango Spice and Jazz Jamaica will be doing what they do best with  Tighten Up!. Tomorrow’s Warriors join forces with  Perry Louis’ Jazzcotech dancers in Stepping Over  – the ska shuffle to steppers. There’s also a most interesting cross generational, evolutionary project called Roots & Reminiscences.

So far, there’s no news from the major players, the cultural institutions with the real dosh – South Bank, Barbican, V&A, Tate, Serious et al – so the bigger picture continues to evade us us.

However, in the meantime I shall return to my memories of record buying, cricket matches and sound clashes and a short stint in the cells at a police station in Hinkley.  That “map” of UK reggae  is coming along but we’ve had to separate off the Sound Systems onto an island of their own… it’s work in progress.  So, now, along with graffix don gorgon, Ian ‘Swifty’ Swift, we are in the process of visualising large walls and spaces upon which to  transfer the said information and pondering a set of iconic boof ‘n’baff ‘n’ biff style speaker boxes that can double up as a web of information which can be exhibited and scrutinised and added to by those who may know better.

So, until soon, and in the words of Ivan O’Martin… “I was here but disappear!”

You can catch a preview of SxSW incuding the Bass Culture Forum, Rasites , Natty and Lady Leshur at the Roundhouse in Camden Town on the 15th Feb.

5 Responses to Jamaica50: Babylon Your Queendom is falling….