THE RETURN OF GALLIANO

THE RETURN OF GALLIANO came a big surprise to many including, former Talkin’ Loud label boss, Gilles Peterson, who hosted their recent performance at the House Of St Barnabus alongside Denai Moore and Reginald Omas-Mamode IV.

The concluding session to the House Of Barnabus’ Autumn Culture Series was brimming over with promise. Peckham based Reginald Omas-Mamode IV took to the stage first, on the back of his ‘Do You?’ EP (Five Easy Pieces) and a track on the last Brownswood Bubblers compilation. Shunning the minimal electronic stylings of the EP he and his two brethren dropped a strictly unplugged set with voice and percussion and a touch of acoustic guitar which still allowed shades of D’angelo and Dilla to bubble through. 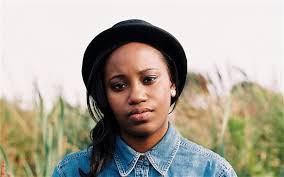 Fresh from Jools Holland’s Later… or is it Laters?… came singer songwriter Denai Moore and her friend on keys. Without doubt Denai is a great singer with a rich, warm voice and the house warmed to her instantly. The Chapel at the House Of Barnabus is a very intimate setting and I couldn’t help feeling it made her a little nervous. However, by the end of her set the audience response to Denai was overwhelming. Personally I found it a touch frustrating. I might be putting myself out on a limb here but I struggled to hear the lyrics, the words, the essence of the songs. Still, watch out for Denai.

And so to Galliano. I wrote about the first single back in ’88 and was an enthusiastic follower of their wayward and groundbreaking live sets which got better and better as the stack of album’s and 12’s for Talkin’ Loud records grew. The House Barnabus’ Nadra Shah had seen them at Glastonbury when she was 16 and was thrilled be hosting their first performance in over two decades. 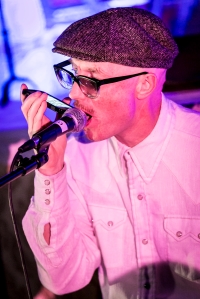 Of the original line up there was Rob Gallagher and Valerie Etienne on vocals and Ski Oakenfull on Fender Rhodes/keys. They were supplemented by Booey Gallagher on percussion, Bembe Segue on vocals and Shawn Lee on vocals and guitar and the vibe was all smiles. The lovely melodic ‘Roofing Tiles’ set the scene before going into the Shuggie Otis tribute of ‘Better All The Time’. ‘Prince Of Peace’ came via Pharoah’s ‘Hum-Allah-Hum-Allah-Hum-Allah’ intro with lots of shaken percussion. All the band were seated but both Val and Bembe, whose vocal rapport was simply wonderful to behold, were a vision of movement and rhythm.

Misguidedly, perceived off as “Acid Jazz”, Galliano – the “tribe” – were way too original and complex for that. It was about having a good time but Galliano had something to say, they had depth and that shone through at the House Of Barnabus. We were met with a flow of conscious poetic lyrics that were underpinned by an easy snapping innovative attitude that effortlessly co-opted the essence of cosmic funk, a dash of blues and an ambience born of spiritual jazz.

There were renditions of ‘Shadowlands’ and Slack hands’ and eventually, they ran out of tunes leaving Shawn Lee to finish off the night with a complimentary and inspiring composition of his own. I’m glad I was there. They should do it again.

2 Responses to THE RETURN OF GALLIANO