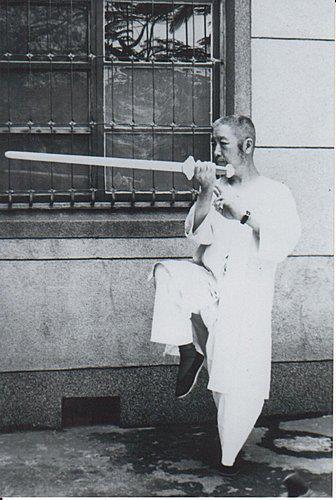 The Professor: Tai Chi’s Journey West is a feature documentary about Tai Chi and one of its greatest masters, Cheng Man-Ching, a man who brought Tai Chi and Chinese culture to the West during the swinging, turbulent 60’s. This documentary film tells his remarkable story and features Tai Chi as a martial art and a spiritual practice.

Looking forward to seeing the film on the big screen! Master Cheng’s short form was the first taijiquan form I learned back in the late 70s/early 80s and vividly recall, myself, Simon Cousins and Steve Judges, being hyped at the opportunity to see those then closely guarded 16mm films which would arrive in London carried by one of Master Cheng’s zealous New York City disciples.

“The Professor” premieres in Los Angeles on May 6 and in New York City on June 9.