RAMMELLZEE: COSMIC FLUSH – Pt. 1 BRAINSTORM is released on the 30th March 2015 by Gamma Proforma and it comes hard on the heels of other mutually ambitious 21st century projects that inludes SHEONE’s BLACKATELIER, DIVINE STYLER’s ‘DEF MASK’ and the REWIRE Box Set 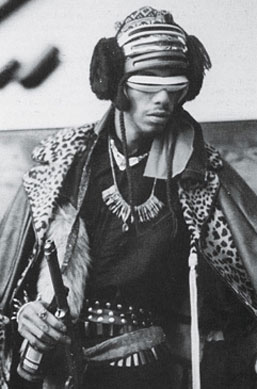 Rammellzee passed away in 2010, but before he left us he recorded his magnum opus, ‘Cosmic Flush’ with producer Jonah Mociun. Unreleased, eight years have passed. The collection of breakcore and speed metal-influenced rap tracks stand as a futuristic relic which is just now about to see the light of day.

To celebrate the life of one of our culture’s great minds Gamma Prorma are releasing ‘Cosmic Flush’ as a commemorative series of records and prints. There are seven core tracks, each will be reinterpreted and remixed by a visual and audio artist. The works will also form part of an exhibition which will take place in New York and London.

This release is Part 1 in the set, ‘Brainstorm’ has been visually reinterpreted by Ian Kuali’i, a disciple of Rammellzee’s inner circle, and remixed by Divine Styler who cites Rammellzee as one of his key influences.

Celebrate the groundbreaking influence and genius of the artist, The Rammellzee.

http://www.gammaproforma.com/index.php/ecwid#!/THE-RAMMELLZEE-BRAINSTORM-VINYL+/p/47504162/category=758345
Please note: All orders include the digital download.