On the West side… in the Grove @ Mau Mau jazz re:freshed host the official album launch of 3io‘s ‘THE EMBRACE’.

Developing out of Robert Mitchell’s larger band Panacea, this trio, 3io, have a musical relationship that goes back almost a decade. 3io are a killing combination of unwavering and innovative pianist Robert Mitchell, metronomic buplex drummer Richard Spaven and ingenious electric and acoustic bassist Tom Mason.

Last year’s debut album, ‘The Greater Good’, won Best Jazz Album at Gilles Peterson’s Worldwide Awards in 2009 and was hailed by the Guardian as Mitchell’s finest album. ‘The Embrace’ is their second album and is the fruit of a long period of playing and working together. It draws on music written over two centuries, by creators from the UK, Africa, Sweden, and Germany and covers tunes by Aphex Twin and Little Dragon. Of their own, original music check the two tracks written by Richard Spaven – ‘Maz’ and ‘Rockers Round Window’ – which you’ll recognise from Spaven’s excellent 5ive EP on the jazz re:freshed imprint.

Jazz re:freshed – the best in the West. Essential session!

The first in a special series of live events from Put Me On It presents the inimitable Dego playing a deep ‘n’ live set of music from his latest sonic offering – ‘A Wha’ Him Deh Pon’. Released on his 2000 Black imprint this 20 track LP once more reveals Dego’s search for the perfect beat and his ability to reinvent and reshape the essential elements of classic funk and electro. From ‘Late Night Fright’, which takes us back to the heyday of dub & drum ‘n’ bass, we embark on a journey that mirrors Dego’s own musical evolution as one half of 4 Hero and a founder member of Co-op. The album includes contributions from Kaidi Tatham, Obemewa, Georgia Anne Muldrow, Taylor Mcferrin, Sharlene Hector et al.

If you’re on the East side… this could be a night to remember. 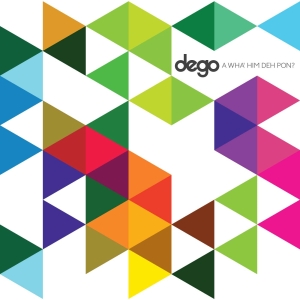